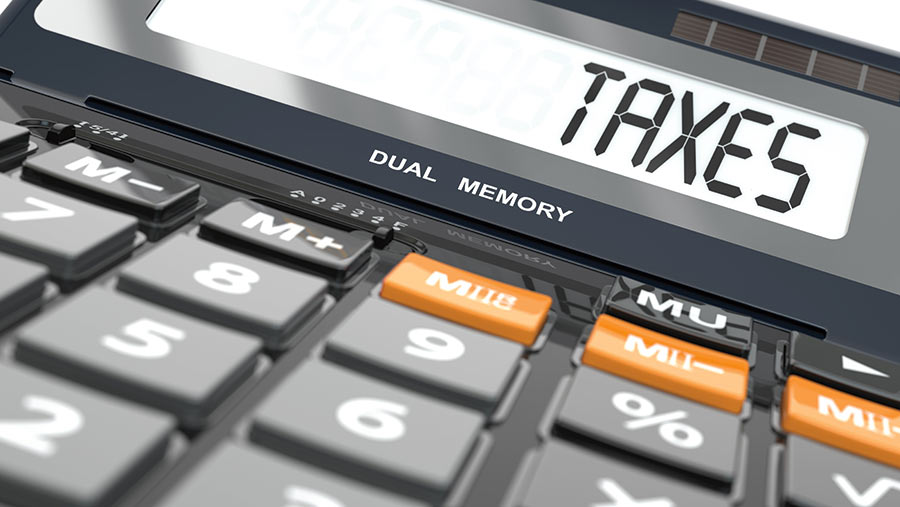 Farmers have had the option of either using two- or five-year averaging rules to smooth out fluctuating profit levels and, consequently, their annual tax bills since 2016.

Previously, farmers could average profits over two consecutive years, but the longer option was introduced to give greater flexibility.

Martyn Dobinson, partner with accountants Saffery Champness, explains how tax averaging works and what conditions need to be met to use it.

What are the options?

Alternatively, they can choose to ignore the averaging provisions and simply pay the tax due on the taxable profits each year.

Farming is an industry where there can be significant volatility in income between one year and the next. Averaging works to iron out these peaks and troughs.

Averaging profits over the relevant number of years and treating the average profit as the taxable profit means farmers can smooth their tax cashflow, offsetting good profits in one year against smaller profits or losses in another.

This reduces the risk of a business being hit by a high tax bill in a bad year, when cashflow might be tight, and in some cases they can even generate tax refunds.

The option to average profits is not available to companies, as the rules are only applicable for income tax and can therefore only be used by unincorporated farming businesses.

Averaging provisions only extend to farming profits (after capital allowances) and not to other income streams such as leisure, property rental or renewable energy production.

Averaging is also excluded for contract farming, or where a cash basis of accounting is used.

New entrants may also be restricted since a full two or five-year trading history is required and averaging is also not allowed where trade is ceasing.

Any other requirements to use averaging?

A farmer must pass a volatility test if they want to elect for averaging.

Although under historic averaging rules, it was possible to get marginal relief where the comparative profits were within 70-75% of one another, this option was removed when the current rules were introduced in 2016.

Are there any downsides?

If a farmer is to take advantage of averaging, they are likely to face increased professional fees, as a number of additional calculations will need to be performed in order to determine whether, and to what extent, the averaging will be of benefit to them.

Under the five-year averaging, there will be 10 calculations required. Previously averaged years can then be averaged again too.

Standard tax return software doesn’t have the capability to perform these calculations currently, which therefore need to be performed manually using spreadsheets.

Relevant earnings for pensions purposes could be affected by averaging and mean that tax relief received on earlier pension contributions has to be repaid.

What else do I need to know?

Partners in a farming partnership can elect to average independently of one another, depending on their individual circumstances.

Averaging claims must be made within 12 months of the normal self-assessment filing date for the latest year to which the claim relates.