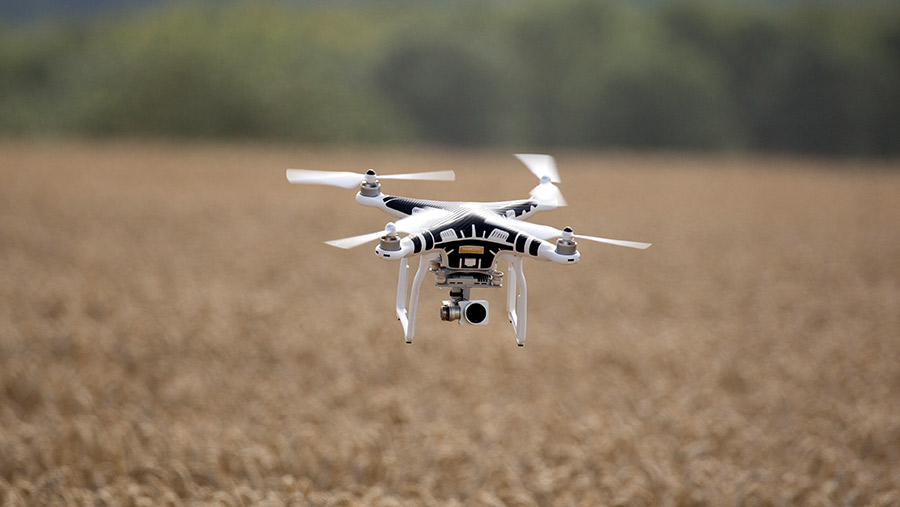 British farmers are among the most innovative in the world, constantly experimenting with new techniques and tools to improve the performance of their farm business.

But many don’t realise that simply trying out something new on your farm can make you eligible to claim R&D tax credits that could be worth tens of thousands of pounds.

In 2018, the most recent year for which we have data, less than 400 UK farmers claimed these tax credits – a small fraction of those who potentially could have submitted a claim.

For those that did, the exercise proved very lucrative – the average value of the tax credits received was just under £52,000.

So why do so few farmers make a claim? Sadly, many either don’t know that R&D tax credits exist, or if they do, they associate them with scientists working in laboratories.

Other farmers are put off by the complexity of making a claim.

That’s why Farmers Weekly is launching a new service designed to help many more farmers benefit from this scheme (see “How Farmers Weekly’s R&D Tax Credit scheme works” below).

R&D tax credits are a tax relief designed to encourage spending on research and innovation.

Qualifying projects are those designed to “make an advance in science or technology” and may be linked to the existing farming business, or a new area that could be started on the basis of the results of the R&D undertaken.

It makes no difference whether or not the projects involved were successful.

A business can claim only if it is liable for corporation tax, so the business must be set up as a limited company.

The relief allows companies to deduct an extra 130% of their qualifying costs from their yearly profit, on top of the normal 100% deduction, to make a total 230% deduction.

There are different schemes depending on the size of the company.

Under the small and medium-sized enterprise (SME) scheme, which covers companies with fewer than 500 staff, businesses can claim up to one-third of their expenditure that qualifies as R&D spend in tax credits.

Companies with more than 500 employees can claim 13% of their R&D expenditure in tax credits.

Payable credits are available for loss-making companies that have no corporation tax liability against which to set the deduction.

Those making a claim for the first time may be able to go back to claim relief for the previous two financial periods.

In recent years, farmers have made successful claims in areas such as experimentation with feed to maximise animal weight gain or productivity, development of disease-resistant crops, development of higher-yielding crop strains and new methods of crop planting.

There may be scope for farmers to claim where they are working with tech start-ups in testing for the rollout of new technology such as drones, sensors or smart software.

Figures from the Office for National Statistics suggest that more farmers are starting to wake up to the opportunity.

There was a 67% increase in the amount of R&D tax credits being claimed by the agriculture, forestry and fishing industries between 2015-16 and 2016-17.

But thousands of farmers are still missing out.

What activities could qualify for R&D tax credits?

Here are just a few examples of on-farm activities that could qualify for R&D tax credits:

Arable
• Trialing new varieties to improve yield or disease resistance
• Initiatives to improve soil quality
• Optimisation of harvest
• Innovative use of technology such as drones, sensors, scanners and smart software

All farms
• Initiatives to improve sustainability or reduce environmental impact

Farmers Weekly has teamed up with the UK’s biggest R&D tax credit specialists, Leyton, to help farmers claim the R&D tax credits to which they are entitled.

Leyton was responsible for more than one-third of all R&D tax credit claims submitted to HMRC in 2018 and has a 100% success record.

We’ve set up a specialist team under Megan Lear, who comes from a farming background and understands the pressures and specific opportunities facing farmers.

To use the service, simply go to the Farmers Weekly R&D tax credits page and fill out the short form.

After making a quick check to see if you might be eligible, a specialist R&D tax credits adviser from Megan’s team will contact you to talk through which of your activities could qualify.

We’ll do all the legwork for you.

The whole process, including a farm visit, should take no more than six to eight hours of involvement from the farmer.

It typically takes just six weeks from starting a claim to receiving the cash.

In this live webinar our panel of experts will answer your questions and give advice on common areas of problems, with both farming and non-farming enterprises in mind. Typical issues they will focus on include: disputes; decision making; and misunderstandings in the areas of legal, management and insurance.
Register now