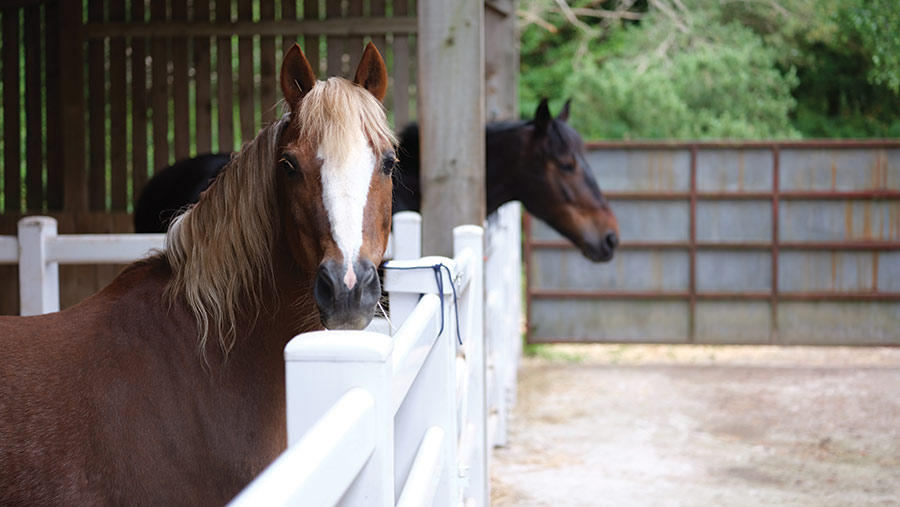 Farmers and landowners need to check their business structures and do some housekeeping to make sure they remain eligible for valuable tax reliefs.

As diversification and/or rental income grows, this raises the risk that the tax authorities view farms and estates as investment rather than trading businesses, warns Julie Butler of accountancy Butler & Co.

The danger is that it jeopardises Inheritance Tax (IHT) reliefs and income tax allowances.

Recent tax tribunal cases (see panel below) have highlighted the importance of establishing the nature of a business in the eyes of the tax authorities.

This case set the benchmark on the need to achieve a minimum of 50% trading activity in order to achieve Business Property Relief (BPR).

HMRC will consider turnover, time spent, profit, capital value and the farm business in the round.

A general rule on a 50:50 split between trading and investment arises from the Balfour case.

This turned on whether livery business owner Maureen Vigne (deceased) had provided not only land and stables but also services to a level where HMRC’s Upper Tax Tribunal was satisfied that her business was not simply an investment in land but a trading business.

These included the provision of additional services such as offering and maintaining a sauna, pool and bikes, as well as a high level of personal service by the owner.

Both of these cases resulted ultimately in a win for the taxpayer.

A claim for Agricultural Property Relief (APR) on a farmhouse was the centre of this case. It was made by the executors of a Mr Gill, who had a small acreage of land that was let on a grazing licence.

HMRC had initially rejected an application for APR on the farmhouse and buildings, on the basis that it was not occupied for agriculture because the land associated with it was rented out on the grazing licence.

Mr Gill’s executors argued that this was not the case – he had remained in possession, control and occupation of the land, as he was responsible for maintaining hedges and fences, controlling weeds, topping and other activities.

It was important that this was backed up by detailed records of his work on the farm, including photographs, and evidence from one of the graziers and the tax tribunal found in favour of Mr Gill’s estate.

Gill was also about BPR on the land as well as APR on the house, points out Mrs Butler. The tribunal saw him very much as a working farmer and not one holding investments.

“The learning from these cases for businesses that may be close to the line in terms of investment and trading is to assess the level of services, increase and properly record them,” advises Mrs Butler.

See also: How to protect property relief if using a grazing licence

The first came from the Office of Tax Simplification (OTS) last year that proposed simplification of the system, although not the removal of the reliefs.

One of the most significant aspects of the OTS report was to suggest that as the CGT test sets the bar at 80% trading, the IHT and CGT regimes should be brought in line with each other, hinting strongly that the IHT test should rise to meet that for CGT.

A further suggestion was to reduce to five years (from seven) the period in which gifts made during the donor’s lifetime can be made potentially free from IHT.

In addition to any IHT reforms, tenancy reform is currently under discussion and the Agriculture Bill is likely to be passed, so farmers and landowners should consider their income sources and how they might be classified.

“As a starting point, increasing and evidencing trading and sorting out the farm’s legal housekeeping has to be a first base,” says Mrs Butler.

“It’s not enough for the farmer to be a working/trading farmer – the executors must also be able to evidence this.”

Farm legal housekeeping starts with ensuring that all documents relating to land ownership and occupation can be located and correctly represent what is the case.

These should then be reviewed so that any appropriate changes in ownership, occupation or inheritance plans, whether for tax or practical reasons, can be made.

There are also several options for structural changes that could help raise the proportion of trading income and so improve the likelihood of securing IHT relief:

How the AIA and CGT losses interact

With the AIA at £1m per business to 31 December 2020, farmers can sell cottages and use the money to buy farm assets such as qualifying grain equipment and machinery and achieve 100% (income) tax relief.

In most farms this will create a tax loss.  The offset tax losses (known as sideways loss relief) is restricted to 25% of total income. However, losses can be offset 100% against the farm’s CGT bill with no restrictions.