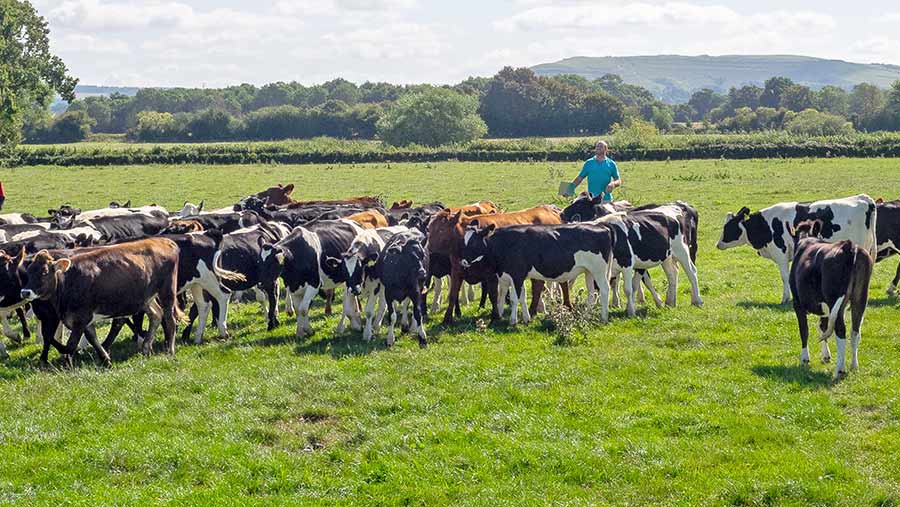 A mix of starter and promotion units within a local authority’s farms estate management programme can help businesses grow and progress while building trust with the landlord and the bank.

Dorset Council is using this structure for its 41 tenanted farms over about 2,500ha.

In a time when many local authorities are selling off their assets to raise capital, Dorset has committed to maintaining its estate, stating it enables economic growth within the agricultural sector and other businesses that support the industry.

Its two-tier classification system of starter and promotion holdings has been praised by George Dunn, chief executive of the Tenant Farmers Association, for supporting both new entrants and working farmers.

Despite county farms often being associated with new entrants, the Agriculture Act 1970 (the last piece of legislation to reference local authority smallholdings) states that councils should “provide opportunities for persons to be farmers on their own account”.

Mr Dunn said: “This is not just for new entrants. It’s about progression and ensuring farmers don’t fall off the conveyor belt after the tenancy ends.”

According to its County Farm Estate Management Plan for 2016-21, to encourage progression, existing starter farm tenants will be given preference for promotion farms, and the council will proactively establish links between private landowners and current tenants.

Ben Lancaster, rural practice manager at Dorset Council, said the system benefits both the farmers and the landlord.

“We’re able to try tenants on a starter unit, which is slightly smaller, who rarely have experience of running a farm in their own right,” Mr Lancaster said.

“It’s more affordable for them to go into, especially when starting from scratch, and it’s a way of proving themselves.”

The 10-year agreement length gives greater security to banks offering loans and is a more affordable period to take a larger loan over, he said. This allows people to come into farming, grow their business and build up capital, which allows them to take the next step.

For the landlord, the period of time allows a relationship with the tenant to develop into one of mutual trust and the steady turnover of tenants helps with the council’s financial sustainability.

“We give quite a bit of help to starter tenants, because for some of them this is the first one they’ve applied for and they might not be as business savvy as when they’ve had years running their own farm,” said Mr Lancaster.

“By the time they’re ready to move on, we expect slightly more, and we’ll ask them different questions to satisfy ourselves they have learned and developed that business knowledge.”

Tenants can progress on to a bigger promotion farm after 10 years, with the next step being to go out into the private sector, which is a much more difficult goal.

Some private landlords want to engage, others are more cautious about taking people from outside their estate and their own tenants, and it’s highly competitive, he said.

Once there are just three years of a tenancy term to run, the council gives tenants the opportunity to submit a business case if they want an extension, with evidence of investments they have made in the holding and attempts to progress.

Knowing the tenants and what farms are available means the council can match applicants with the best-suited farm and be flexible.

Mr Lancaster hopes the council can continue to support and invest in tenants more in the future, such as helping with employment law and staff recruitment and management.

Pros and cons of the system

Case study 1: Moving from a starter unit to a new opportunity

The 37-year-old moved to Dorset from Staffordshire in 2012 after successfully applying for the tenancy.

“We sold everything we had in 2012 and bought 55 cows and started completely from scratch,” Mr Macpherson said. 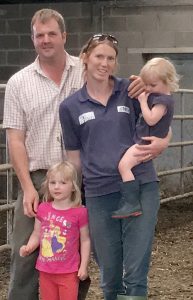 “It was a massive change but we had to take the opportunity. We had applied for tenancies all over the country previously before getting this one.”

Mr Macpherson, a first-generation farmer, said his 10-year tenancy agreement was flying past and anything shorter than eight years put additional pressure on people looking to start out and borrow a substantial amount of money from banks.

“You will outgrow a starter unit pretty quickly by putting effort into the job but it’s been very good for us and we have been very lucky,” he said.

“People said we couldn’t make it work before we started and it’s nice to prove them wrong to a point. It’s an all-consuming life but it’s well worthwhile and I’ve no complaints about it whatsoever.”

Though a proponent of Dorset Council and its progression scheme, Mr Macpherson plans to leave the county at some point in the next 12 months, rather than moving on to a promotion holding.

The family have bought a parcel of land in Staffordshire with the aim of building their own farm.

“We couldn’t have got to where we are now without this tenancy,” said Mr Macpherson. “We would’ve been happy to stay on with Dorset Council if this opportunity hadn’t come up in Staffordshire.”

Case study 2: Moving from a starter unit to a promotion holding

Yorkshireman Jon Stanley, 44, was living in Somerset with wife Clea when he successfully applied for Dorset Council’s Allans Farm.

At the time it was a starter unit but it has since been reclassified as a promotion holding and Mr Stanley’s tenancy agreement has been extended. 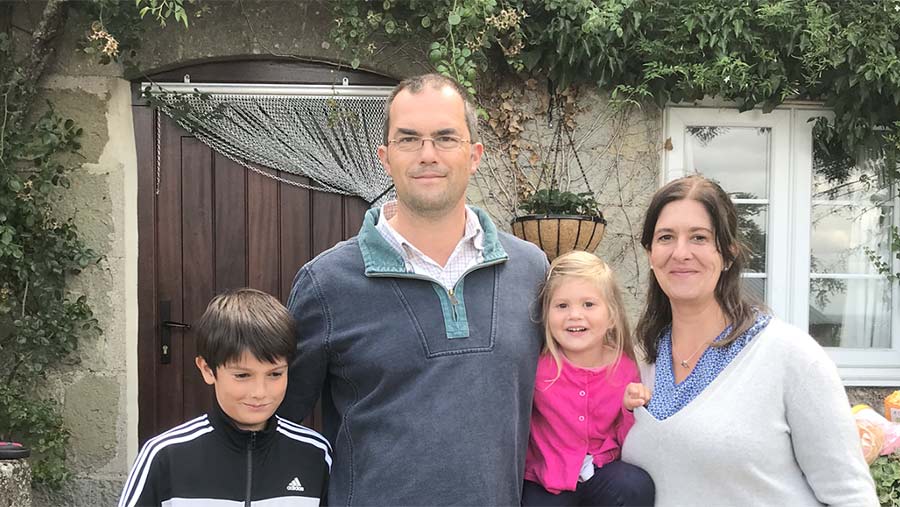 Coming from a family of butchers and with a family history of tenant farmers, he felt farming was the right path and soon realised a council farm was his best opportunity.

“They were in their heyday when I was growing up and I had applied for quite a few tenancies before, but this was the first one I applied for in Dorset,” he said.

“It’s a well-kitted and smart farm and having that security of a longer tenancy agreement means we’re willing to invest and do improvements.

“You do see tenancies advertised for seven years or less and I can’t see how you can get going, I feel like we’re just now getting going.”

Mr Stanley agrees with the TFA’s suggestion that tenant farmers who are not new entrants still need support, especially with many county’s farms estates being sold off and land parcels tending to go to large-scale neighbouring farmers.

“I’m very grateful for Dorset, the estate is very well-managed and it’s been fantastic for us,” he said. “I don’t know how we would’ve farmed without it.”

Case study 3: Moved from a starter unit to a promotion unit

Luke Trowbridge worked on his parents’ farm before moving to a 35ha starter unit on Dorset Council’s estate on a 10-year farm business tenancy. 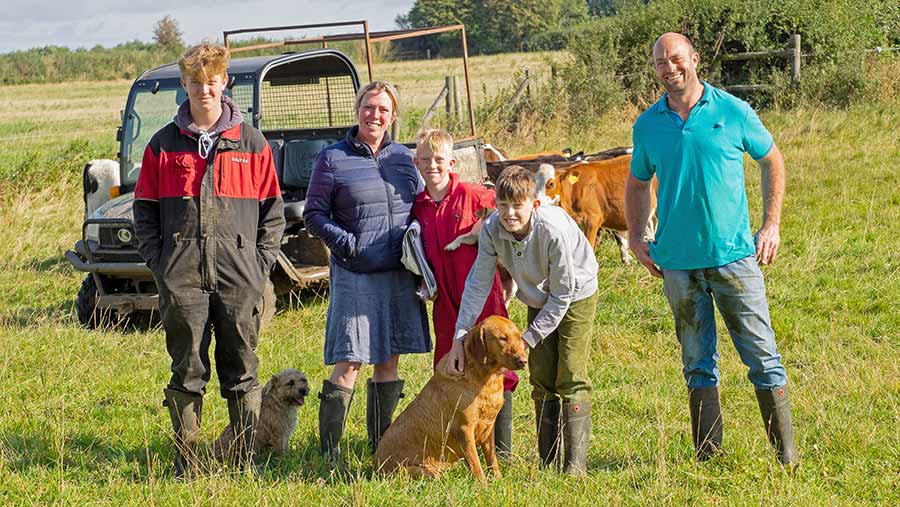 When looking to move on from this farm, Mr Trowbridge, who grew up in Dorset, looked at various options, from contract farming to private tenancies to council farms, from Cornwall to Cheshire.

“Our intention was always to take the best opportunity that came up and we had an open dialogue with the council about what we were doing and they provided references when we applied for other farms,” said Mr Trowbridge, 41.

“We ended up just moving 10 miles down the road onto another Dorset Council holding and the system worked well for us.”

Dorset’s system works well because tenants can go into a smaller holding, which requires less capital, grow their business and then move onto a larger unit when they’re ready, he said.

“It can be difficult to move from a farm when there aren’t many options but this way people aren’t holding onto land and clogging up the system,” Mr Trowbridge said.

“A lot comes down to the relationship between the council and the tenant, to work it needs to be one where everyone’s doing their best and playing their part.”