In the final part of Farmers Weekly’s mini-series on young tenant farmers, Ben Pike speaks to two men who are at different stages of their careers.

Both will be starting five-year farm business tenancies on Cambridgeshire County Council farms this October. For one, it’s the first time they’ve taken on their own unit, while for the other it’s the opportunity to expand.

In many ways, Sam Johnson’s story is symptomatic of many young farmers who are trying to make their way in agriculture.

He was born into a farming family and has worked on the tenanted 400-acre Stiches Farm at Wimblington since he left school.

He saved money, gained an apprenticeship and invested in the nucleus of a beef and sheep enterprise across 45 acres of seasonally rented land.

But despite the hard work, he still lacked the capital to buy a whole farm.

“Like a lot of people I’ve always wanted to farm, but land is too expensive,” he said.

But this is where the story changes because at just 20 years of age, Cambridgeshire County Council has shown its faith in Sam and awarded him a five-year FBT on 260-acre Dawson’s Farm at Warboys.

“I wasn’t sure the council would award it to me because I am a young applicant and I haven’t had the experience of being a farm manager or anything like that.

“This was my second attempt to get a tenancy after trying last year. I was quite pleased because there was some good competition.”

Sam, whose girlfriend Anna Thompson will also be working on the farm, says his tender laid out a detailed and diverse business plan that utilises his existing skills and access to machinery, while keeping one eye on the future.

“We’ll plant spring barley to try to tidy up the blackgrass, which is getting bad in some parts of the farm. I want to grow onions, sugar beet and spring beans, too.

“I have 50 ewes and 15 cattle, which we can build up so the farm has variety, putting straw back in to the system and the muck on the land.”

Sam is unsure if his tenancy has come at a great or a terrible time.

“Of course Brexit crossed my mind, so my business plan accounts for life without Basic Payment Scheme payments and we can survive without them.

“We have looked at diversification, too. One idea is to grow some strawberries – it will be a learning curve but it’s something a bit different that we can do.”

Piece by piece, Andrew Wagstaffe is building scale and diversity into his farm business.

It could be a smart move. Resilience and multiple income streams look likely to become increasingly important in farming. 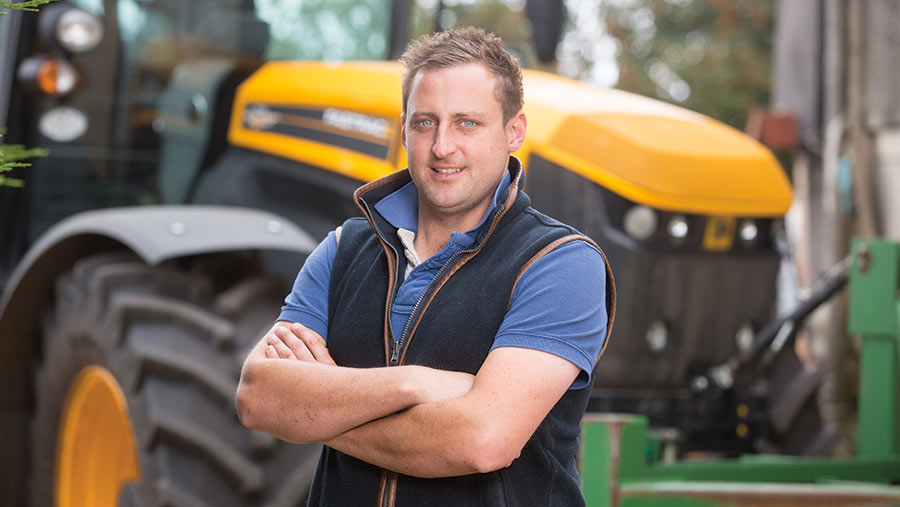 A Cambridgeshire County Council tenant since 2013, he is doubling his acreage by moving from 114-acre Jubilee Farm at Chatteris to 243-acre Marshalls Farm at Farcet.

“The new farm is a better holding for me,” the 31-year-old said. “It’s good fen land and I’m all about the potatoes and roots. It will mean we can drill wheat later to tackle blackgrass and can get on and off after potatoes and sugar beet.”

The outgoing tenant has cropped the land to peas, wheat, sugar beet and potatoes.

Jubilee is one of the council’s starter holdings and has provided Andrew with the base he needed from which to grow.

“We have grown wheat, sugar beet, beans and potatoes. Every year I’ve doubled my potato acreage and we now have 90 acres growing across four farms.”

Further diversity comes from working with his dad on his potato packaging business and they join forces to crop a family farm.

With two friends the Writtle graduate also co-founded Equifeedz, which bales 500 acres of hay and 3,000 acres of straw.

Being a young tenant, he acknowledges the support he has received to build a business from scratch.

“I’ve have a really good neighbour in George Munns, who has been someone to run an idea by or to borrow machinery from. He’s been great to me.

“He’s allowed me to get to a stage where I can now handle most jobs with the machinery I’ve got, so I’m fairly positive about my future.

“Regardless of what happens with Brexit, there will be 200 other council tenants in the same boat.”