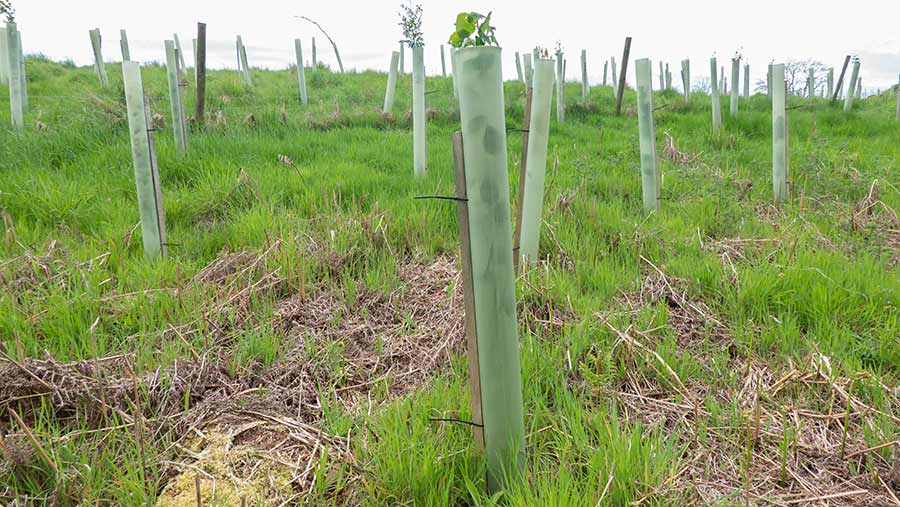 Landlords who repossess land from a tenant under a disputed notice to quit will not be eligible for funding through the England Woodland Creation Offer (EWCO), Defra has confirmed.

The Tenant Farmers Association (TFA) says this will help protect tenants from being adversely affected by land being taken from them for tree planting.

TFA chief executive George Dunn said that while there was no hard and fast definition for a disputed notice to quit, it could cover both a formal dispute with a tenant who has served a counter-notice to any notice to quit, or equally a dispute over whether the landlord is entitled to recover land depending on the terms of the lease or other factors.

Mr Dunn said: “It may also relate to a failure of the landlord to properly deal with end-of-tenancy compensation matters including fixtures, improvements and tenant right/routine improvements over the land.

“The scheme guidance refers to any dispute over the land in the past 12 months, so it could be drawn quite widely.”

The EWCO application form will also be used by Defra to monitor the extent to which land is being taken back from tenants primarily for tree planting.

The application form for the EWCO requires applicants to confirm whether there are any disputes, claims, actions, notices to quit, demands or complaints that relate to the land and/or property or tenancy agreement on the land outstanding or within the last 12 months.

However, if there is no dispute this is unlikely to prevent an application from being accepted.

Mr Dunn said: “The purpose of this provision is to gather information about the extent to which land is being lost from the tenanted sector for tree planting purposes and whether there will be any need to look at bringing in further restrictions to the funding of woodland planting to prevent landlords from taking land back in hand.”

He said this was something being looked at by the review headed by Baroness Kate Rock.

For land to be eligible for the EWCO it should be: