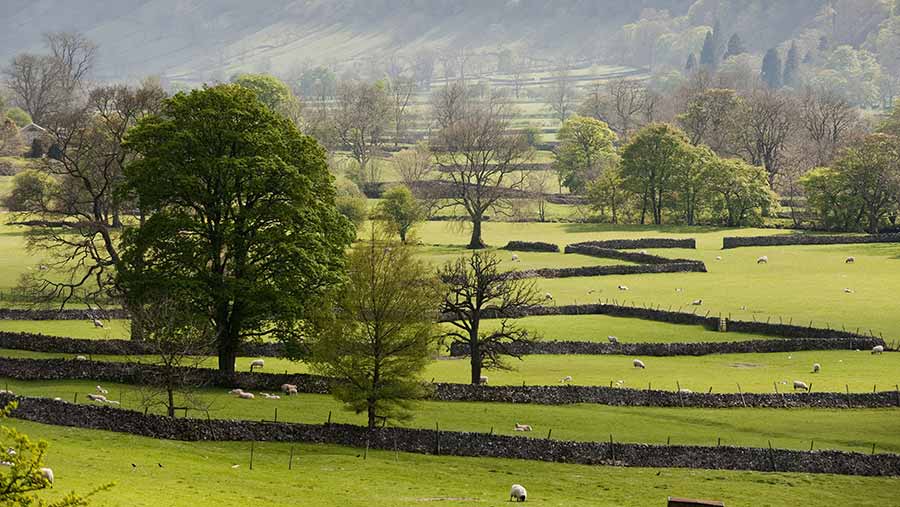 Farm rents appear to be falling in reaction to the crisis in commodities, according to figures collected by the Tenant Farmers Association (TFA).

Across all farm types, rents agreed at review were on average 16% lower (at £89/acre) in the year 30 April 2016 for Farm Business Tenancies (FBTs) and 10.5% lower (at 63/acre) for Agricultural Holdings Act (AHA) tenancies, compared to those reviewed the year before.

However, rents had fallen much less when comparing those reviewed in the last year to when they were last reviewed three years ago. Across all sector types, AHA rents had fallen just 3%, while there had been no change FBT rents.

FBT tenants on dairy holdings saw their rents fall nearly 21% when reviewed in the last year compared with three years ago.

Katy Fox, adviser at the TFA, said the organisation was aware of a number of reviews on dairy farms that yet to be settled and where the reductions that tenants were pressing for were “clearly justified”, given the huge fall in milk prices.

“There has been strong resistance from landlords to any rent reductions and the cost of going to arbitration has also had a dampening effect on rent review activities originating from tenants.

“However where tenants are arguing their case, reductions are being achieved and there is no reason if current market conditions prevail, that these reductions should not become more frequent and deeper,” said Ms Fox.