The land agent representing a group of seven Scottish tenant farmers says they have been left in “total disbelief” that they are being evicted without appropriate compensation, because of the government’s failure to honour its commitments.

Two brothers from Arran, John and Ian Paterson, were forced from their farm on Monday (28 November) as the result of a legal error dating back more than a decade.

It follows the eviction of an East Lothian farmer, Andrew Stoddart, late last year. The rest of the group faces being forced out in May or November 2017. 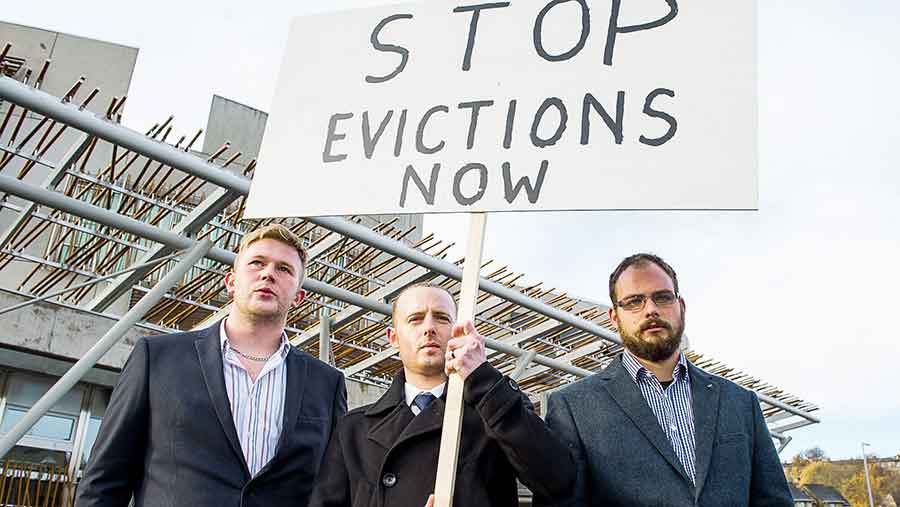 The farmers have been affected by the Salvesen/Riddell ruling, which resulted from a late amendment to the Agricultural Holdings (Scotland) Act 2003, granting some tenants in a limited partnership the right to a secure tenancy.

But the Supreme Court ruled in 2013 that the amendment was invalid, and the Scottish government was subsequently forced to “correct” the legislation.

At the time, the Rural Affairs, Climate Change and Environment Committee pointed out that the change in the law would have “distressing consequences” for some tenants, given that they had already invested in their holdings believing they had a secure tenancy.

The Scottish government confirmed it was willing to fund and participate in mediation for the affected farmers and, in some instances, accepted that compensation would be required.

But, according to Eddie Henderson of Henderson’s Surveyors, these promises had been broken and the affected tenants were left with little alternative but to apply for a judicial review. They are currently awaiting a judgment.

“Despite assurances from government that they would mediate…the only party who frustrated the exercise was the government themselves,” he said.

Angus McCall, director of the Scottish Tenant Farmers Association, said if the mediation process had taken place as originally planned, perhaps half the tenants would have agreed an alternative tenancy and would not now be facing eviction.

NFU Scotland chief executive Scott Walker added that, while only a small number of individuals was affected, the impact on them was enormous.

A Scottish government spokesman said: “It is not possible for us to comment on or discuss the details of live court actions.

“We remain committed to facilitating and funding mediation between tenant farmers and their landlords, in the interests of supporting the sustainability and productivity of the holdings.”