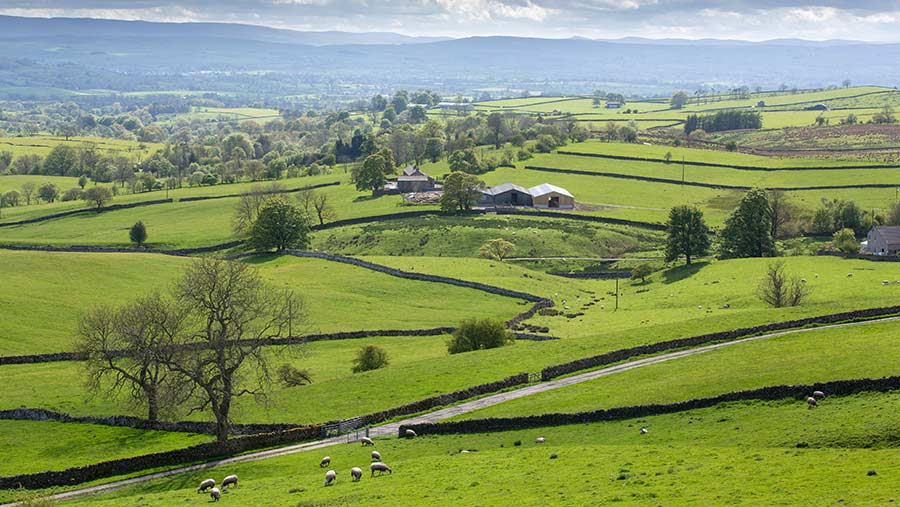 Farmers and landowners are being urged to have their say on proposals for a shake-up of agricultural tenancy legislation in England and Wales.

This follows the launch of two 12-week government consultations on proposals to reform farm tenancies – including making it easier to enter and exit the industry – and increasing agricultural productivity in the process (see box).

Views on the proposals are being sought from farmers in tenancy agreements and agricultural landlords. Farming organisations – including farm business consultants, accountants and other advisers – are also being asked to respond.

Defra farm minister Robert Goodwill said: “We are seeking views on how we can open up more opportunities for the next wave of tenant farmers, breathe new life into the sector and step up farming productivity.”

Mr Goodwill said he would welcome all views. He added: “We are exploring a number of options to reboot the sector, such as encouraging earlier succession planning and having more flexibility in current tenancy agreements.”

Defra is conducting the consultation for England. It is running alongside a separate Welsh government consultation covering views Wales. Both consultations, which aim to modernise elements of tenancy law, are open until 2 July.

Welsh rural affairs minister Lesley Griffiths said she was determined to help put the agricultural industry in the best possible position to thrive – and allow both landowners and tenants to adapt overcome any challenges they might face in the future.

“As we prepare to leave the European Union and the Common Agricultural Policy, it is more important than ever that we support proposals like these, so tenant farmers can be safe in the knowledge that their futures are strong and sustainable,” she said.

The consultations build on the work of the Tenancy Reform Industry Group (TRIG) to reinvigorate the tenanted sector.

The cross-industry group includes representatives from across the farming sector – including landlords and tenants – as well as professional bodies.

Supporting the call for responses, TRIG chairman Julian Sayers said: “We face a period of significant change across the whole farming industry to which both landlords and tenants must be in a position to adapt over the course of the next few years and beyond.”

Tenant farmers have repeated their call for the government to use the tax system to encourage longer Farm Business Tenancy (FBT) lettings.

The Tenant Farmers Association said there had been much focus on government plans to improve security of tenure for residential tenants.

But ministers must not forget the wider needs of agriculture’s tenanted sector, it warned.

TFA chief executive George Dunn said the landlord-tenant system provided opportunities for new entrants, enabled entrepreneurship to flourish and provided liquidity to land which was the most fixed factor of production in agriculture.

But he added: “The sector has been affected adversely by short-term thinking from policy-makers, landowners and those who advise them.”

Some 85% of all new FBTs, which together account for nearly half of the land farmed by tenant farmers in England and Wales, were let for terms of five years or less, Mr Dunn said. Very few farm tenancies were let for periods of 10 years or more.

This meant tenants were unable to plan for the long term in relation to their farming activities or their desire to take part in diversification and agri-environment schemes. This was holding back progression, investment and sustainable land use.

The TFA wants the government to use its taxation policy to encourage longer tenancies – including restricting agricultural property relief from inheritance tax to landlords prepared to let land for 10 years or more.

He added: “We really need the UK Treasury to think afresh about how it can use its fiscal levers to deliver longer-term farm tenancies.”

Reforming agricultural tenancies is often contentious and seldom straightforward – as highlighted by recent experience in Scotland.

The Land Reform Act, which received royal assent in 2016, included protection for tenant farmers and an end to tax relief for sporting estates.

Other changes included the creation of a tenant farming commissioner and a new rent test.

Three years on, however, the farming sector continues to be scarred by the passage of the legislation – particularly the issue of agricultural tenancies, says Gemma Cooper, head of policy at NFU Scotland.

It had resulted in a suite of codes and a framework for dealing with the complexities of agricultural tenancies.

But there were hurdles to overcome in the latest instalment – the introduction of a guide to the conduct of agents acting for either landlord or tenant.

Not all agents were professionally accredited and a minority were tarnishing the reputation of the majority.

“The fact that the commissioner must spend some of his valuable time on addressing an issue which should be a matter of professional principle is a frustration,” Ms Cooper said. “Time will tell if this latest guide has an effect.”

Landowners have questioned the timing of the consultations – arguing that they are ill-advised when post-Brexit policies which will affect tenancies are yet to be decided.

The Country Land and Business Association, which represents 30,000 landowners, said vital work was still to be completed on productivity, payment for public goods, the introduction of environmental markets, climate change, and agricultural land tribunals in Wales.

CLA deputy president Mark Bridgeman said the consultations contained some positive proposals – including flexibility around a tenant’s retirement and a greater say for landlords in succession.

But he added: “Now seems an ill-advised time to be looking at new legislation.”

He said: “We also have concerns around the proposals for assignment provisions and enlarging the pool of eligible successors, which seem to be about extending the application of Agricultural Holdings Act regulation, rather than delivering any defined productivity gains.”

With regard to Farm Business Tenancies, Mr Bridgeman said the CLA welcomed the provisions for dealing with breaches of agreement, but believed these should apply for any tenancy over two years, rather than the proposed 10 years.

Labour leader Jeremy Corbyn has called for “radical change” after a new book suggested that half of England was owned by less than 1% of its population.

Some 25,000 landowners – including members of the aristocracy and corporations – have control of half the country, according to author Guy Shrubsole. “Land ownership in England is astonishingly unequal, heavily concentrated in the hands of a tiny elite,” he said.

The statistics have fuelled calls among Labour MPs and other campaigners for the government to introduce a tax on land values or ownership.

The findings, which are based on public maps, Land Registry records and Freedom of Information requests, are contained in the book Who Owns England? It estimates that the “aristocracy and gentry” own around 30% of England – and the figure could be higher still.

Defra secretary Michael Gove hinted last autumn that the government was preparing to look at the tax structures around agricultural land.

But he said the issue was a matter for the Treasury rather than for Defra.