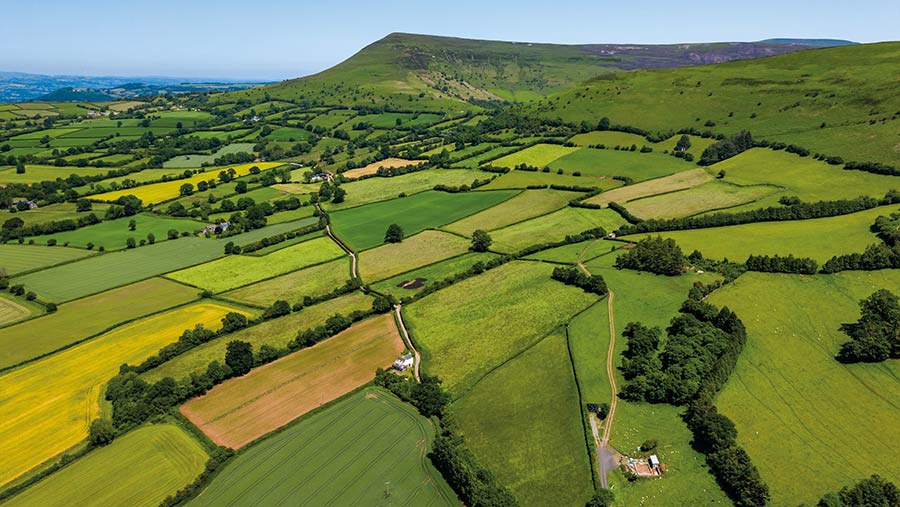 The virtual standstill in the area of let land changing hands has continued, according to the latest Central Association of Agricultural Valuers’ (CAAV) agricultural land occupation survey, which covers 1 November 2019 to 31 October 2020.

Jeremy Moody, CAAV secretary and adviser, said this was in part due to the effect of area-based entitlements and subsidies, combined with uncertainty over Brexit and Covid-19 disruption.

The Agriculture Act 2020, which included tenancy modifications, did not achieve Royal Assent until after the survey period, contributing to some doubt about England’s future farm policy.

Meanwhile in Scotland, turnover is even more stifled, with just 32 new tenancies being created, in comparison to 668 in England and Wales.

In England and Wales, the tenanted area covers 84,975 acres, including 46,256 subject to new farm business tenancy (FBT) agreements during the year covered by the report.

FBT lengths reported ranged from three months to 40 years. In 25 cases, the letting was for less than one year and there were 71 periodic tenancies running from year to year – the highest figure for some time.

For many years, the agreement length across all types of letting – from short-term seasonal grazing and cropping of bare land to whole farm tenancies – has averaged between 3.5 to 4 years.

Mr Moody said: “While larger than the very low figures seen in 2018, these remain low compared to those seen in earlier years, perhaps reflecting caution and uncertainty ahead of Brexit and post-Brexit policies.”

In comparison, just 20% of other tenants received lettings of more than five years.

Private owners are the main source of lettings, rather than institutions or public sector bodies.

The total area reported as farmed under new contract arrangements amounted to approximately one-third of the area let on FBTs (up from one-quarter the previous year). The average term of agreements remained less than two years.

The average size of the contract area was 224 acres (2019: 180 acres). Contract farming continues to be predominantly in the arable areas of the country.

Of the 32 lettings, 12 were modern limited duration tenancies, and the average size was 160 acres, down from 183 the previous year.

Mr Moody said: “2020 again saw a very low level of activity with a let sector that only appears to be sustained by the incentive that the Basic Payment gives for claimants to stay in place, doing little for the vibrancy or economic health of farming.

“That is all the more concerning with the need for agriculture to rise to the challenge of productivity and competitiveness made more urgent by Brexit.”