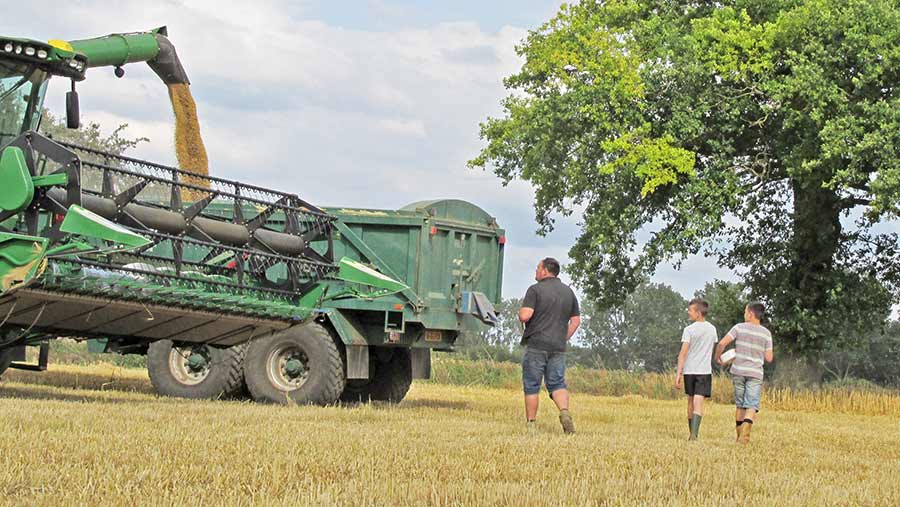 The first year of Brian and Carla-May Roberts’ tenancy has passed in a whirlwind of big decisions, pure nerve and hard labour.

Though the couple had their own tractors and did contracting work before they successfully applied for the 220-acre Norfolk County Council farm, moving to the site with their four children in October 2018 was the first time they were able to work their own land.

This proved a steep learning curve, aided by land agent Jason Cantrill, agronomist Rob Norman, and friends – such as Greg and Jimmy Anderson – who helped with everything from harvest to repairing machinery and Red Tractor audits.

“Some people just want to talk about negative stuff, but it restores your faith in people when they’re willing to help,” Mr Roberts said.

“It’s been a real privilege to experience the love, help and sacrifice from others who can see you’re trying to make a go of it.”

So far, harvest has gone well, with the wheat averaging 5t/acre, which they credit to their agronomist and friends who helped with drilling.

Being in control of farm business decisions has been both the best and worst part of the year. 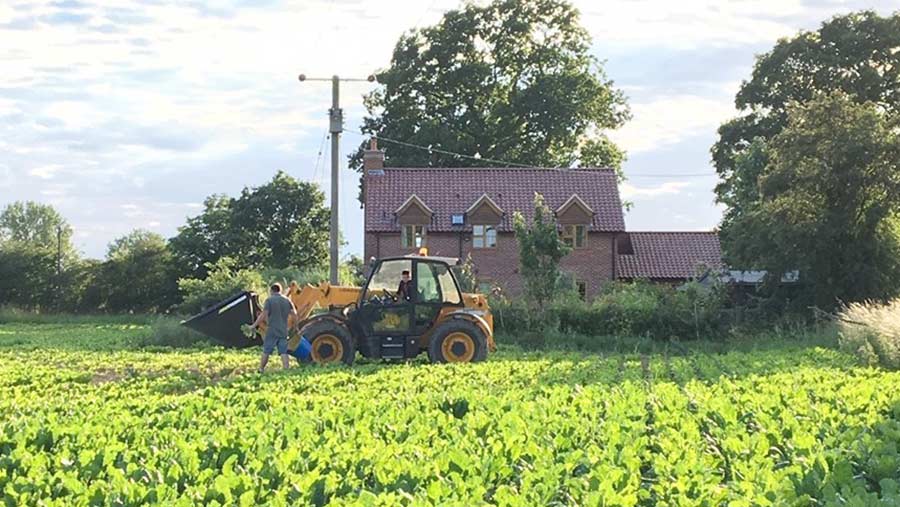 “When you’re standing in a field of spring barley when you should be combining and thinking ‘should we go or should we wait’, making those choices is the hardest thing and it’s a really lonely decision to make,” said Mr Roberts.

“But at the end of the day, you can see what you’ve achieved and it’s really rewarding.”

Norfolk Council has left the farming to the Roberts family and has been willing to listen to requests about improving parts of the property and find solutions.

“It is an honour to have been picked to look after 220 acres of the council’s land and they have a right to know what we’re doing with their asset,” said Mr Roberts.

“It’s still their farm, so we need to be able to explain to them why we are doing certain things, and we need to trust each other to have a good working relationship.”

Council farms are a brilliant opportunity in an industry that can be quite closed, he said, as long as potential tenants are prepared to work hard. 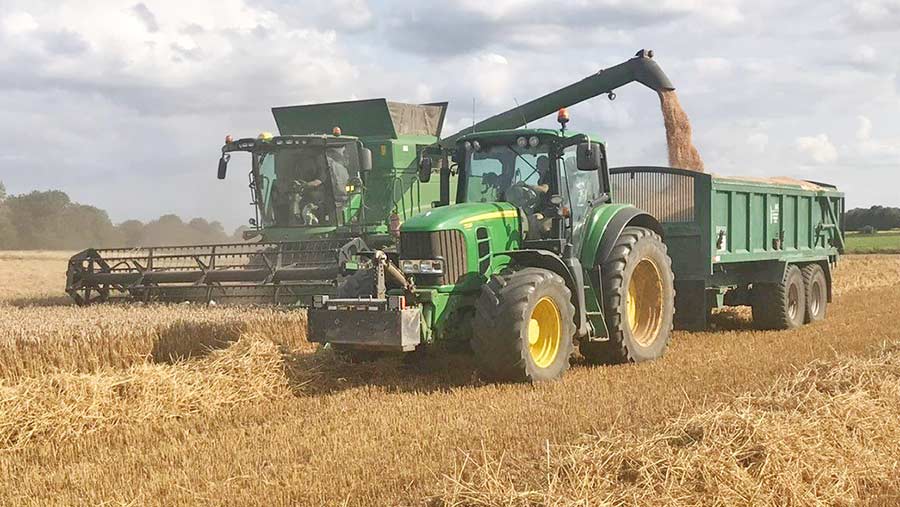 “I had a list of things we wanted to do at the beginning and I think it just got longer rather than shorter,” said Mr Roberts.

On that list was starting an aquaponics enterprise, which is still on the agenda, but has taken a backseat for now.

“No matter how much you plan, there’s always more money you need to find to get things up and running,” he said.

“I was surprised about the level of mental fatigue you get from always thinking about what needs doing next. We need to walk before we can run.”

Mr Roberts has arranged to house six calves for a neighbour next year for his eldest son to look after and show.

The family have bought a sprayer and intend to take that work back in-house, and are waiting to hear about their Mid-Tier Countryside Stewardship application, which includes plans for a fair amount of hedgerow planting.

“Whether you’re a tenant farmer or not, you’re only looking after a farm for a certain length of time, so you need to look after it as well as you can and if you leave it in a better condition than when it started, that’s got to be a success,” Mr Roberts said.