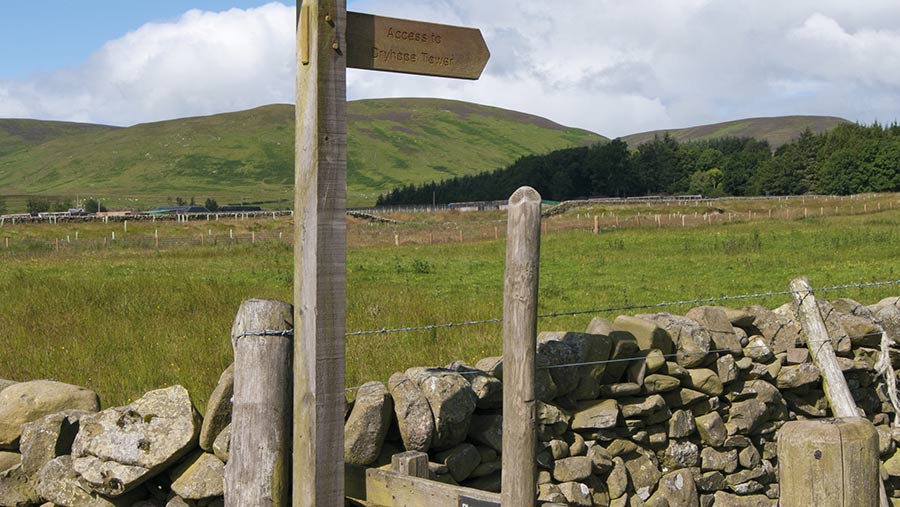 The lockdown has brought greater use of rights of way and interest in rural areas generally. It has also highlighted growing issues with maps.

Walkers veer off designated footpaths for many reasons. Often it is because the maps they are using are wrong, says Jeanette Dennis, a partner with Ashtons Legal.

While Ordnance Survey maps contain mistakes, the greater use of mobile phones for guidance is causing problems because their maps are also often inaccurate.

“We got Google Maps altered for one client where general traffic was being directed on to a private farm road, but we could not get Apple to change,” says Ms Dennis.

To help keep walkers on the right path and farmworkers, contractors and members of the public safe, Ms Dennis advises landowners to deposit a statement and declaration confirming the route of their designated paths and bridleways with the local authority.

“The scale and age of many of the definitive maps, originally drawn up in the 1950s, is poor.

“They are open to interpretation. For example, a thick red line marking a right of way means it’s often not possible to tell on which side of a hedge the right lies.

“So it’s best to check your title deeds and match what is on those to the definitive map.”

Clear and correct wording on a few signs put up in the right location can help too, says Ms Dennis.

County Councils and unitary authorities have responsibility for maintaining  the conclusive legal record of the existence, status and location of all recorded public rights of way and of making these accessible to the public.

There is a fee for making statements and declarations, these vary between authorities. In addition, legal costs for checking title deeds in relation to rights of way for the average farm would start at about £500, says Ms Dennis.

While checking that rights of way are correctly recorded, it is also worth confirming that all land in your ownership is shown correctly and registered at the Land Registry, she suggests.

“It is cheaper to carry out a voluntary first registration of land now, than for it to go through several generations and a time-consuming and paper-heavy process later down the line.

“Voluntary registration is most cost-effective for anyone. This also stops the potential for the erection of a fence slightly further into a field – potentially unnoticed for a while – or on to a grass margin or in an area within an environmental scheme that a local homeowner believes to be unused land.”

Local authorities have a statutory duty to maintain and update the definitive map and statement, and to make them available to the public.

While being shown on the definitive map is proof of the existence of a public right of way, if a route is not shown, it is not conclusive proof that this route does not exist.