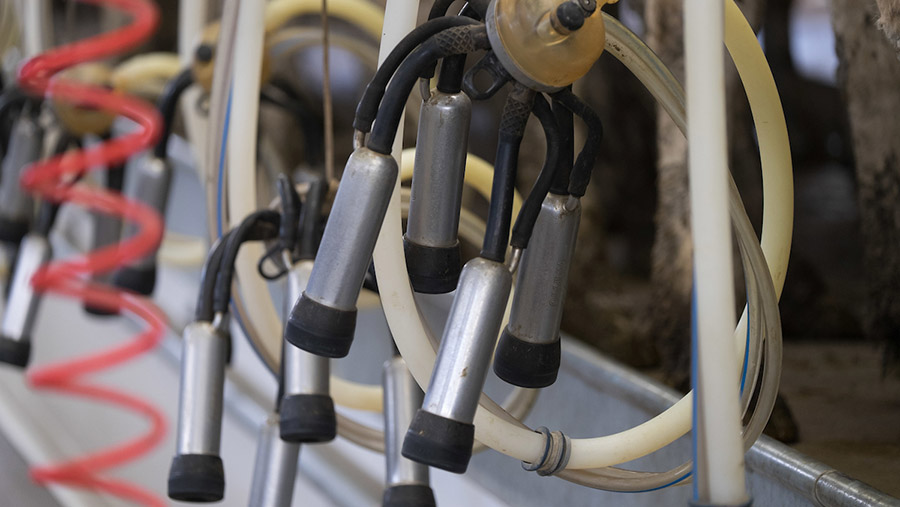 Mike Denny and Peter Dickens of PwC were appointed joint administrators to the Wrexham-based business by the High Court yesterday (14 October).

The company also has operations in Chester and Shropshire and across the North West and employed 331 people, most of whom have been made redundant.

It processed and packaged Welsh, British conventional and organic milk and dairy products to multiple sectors.

Are you affected by the Tomlinson’s administration?

Farmers Weekly would like to hear farmers’ experiences of trying to find a new buyer at short notice.

Tomlinson’s had expanded rapidly in the past three years, doubling the size of its Minera dairy and adding a distribution hub at Ruabon to became a 200m litres-plus capacity dairy.

Its most recent published accounts are for the year ended March 31 2017, when turnover was £47m, producing a pre-tax profit of £2.33m.

Despite surplus milk, some operating profit was made in spring this year and the company sold its blow moulding operations in May 2019, reducing debt and improving cashflow, while plans were prepared for further restructuring.

“During the summer, the company refined its costs of operation in response to customer tenders and improved its prospects for 2020.

“However, trading results during the summer months deteriorated, partly due to increased energy costs but mainly as a result of low commodity cream prices that have impacted the whole industry.

“This required urgent reforecasting by the company, identifying an increasing cash need.

“Furthermore, the company’s inability to show its auditors a finance backed 2019-20 reforecast delayed the filing of the 2018 and 2019 accounts,” added the statement.

A Tomlinson’s Dairies spokesman said: “The family shareholders, directors and management of Tomlinson’s are devastated by the administration and sincerely regret its impact on their customers, suppliers, farmers and employees.”

“Key customers, the company and its stakeholders had been in urgent communication over a package of measures to further support the business over recent weeks given the deterioration in Tomlinson’s financial position.

“Strenuous efforts have been made to try and find a solution, but on Friday evening the position proved untenable.

“Consequently, the directors had no alternative but to make urgent plans to both cease milk processing and file for administration.

“The decision, taken over the weekend, was time critical to stop milk being delivered that could not be paid for once the prospects of a rescue were known.”

Tomlinson’s Dairies was founded 36 years ago.