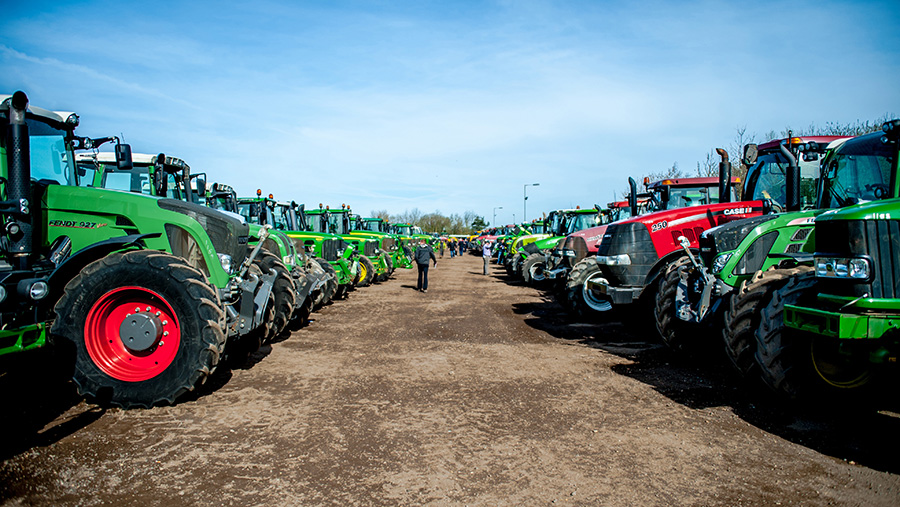 UK tractor sales dropped 4.6% in January to September, on top of a 14.8% fall in 2015-16, according to the Agricultural Engineers Association.

Total power sales to September this year hit 1.36m hp, a 2.5% decrease on the figure 12 months ago, signalling last year’s struggles are continuing for manufacturers, dealers and farmers alike.

Despite the downward trend, registrations of tractors larger than 160hp went up 15% to 3,317 sales in first nine months of the year. The largest increase came in the 161-200hp class, up 35% on the same period last year.

This rise is caused by farmers restructuring their machinery fleet in order to create economies of scale, says George Chichester, farm and estate management partner at Strutt & Parker.

“These figures are indicative of farmers consolidating – asking one piece of larger machinery to do more work.

“It’s crucial that businesses take a long-term view about where they are going to be and what they will need in the next five to 10 years to remain in short-term profitability.”

He added, “Replacements have long been put off, so when farmers do spend, they want to get plenty out of their investment.”

The land-based engineering market is estimated to be worth £4bn to the UK economy, according to the British Agriculture and Garden Machinery Association.