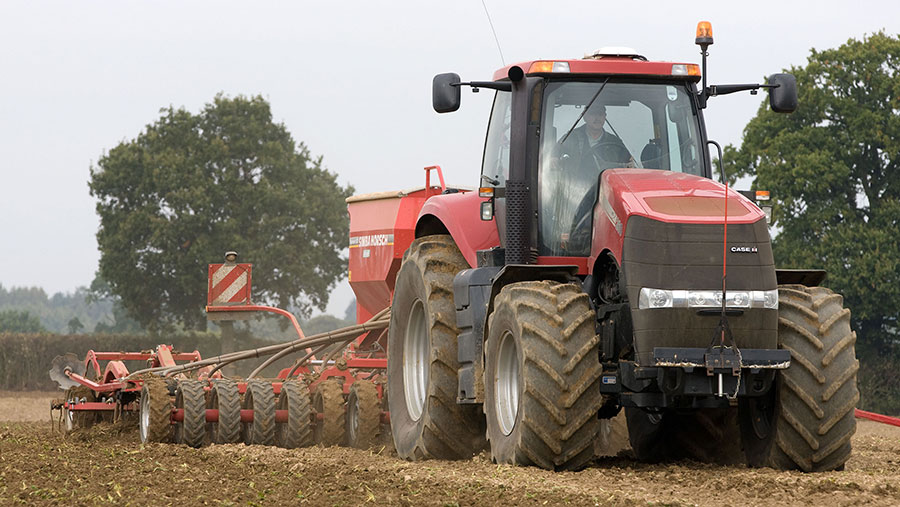 Second-hand tractor values are often higher than many owners appreciate. This means that when they are lost through fire or another insured risk, they cost far more to replace than their insured value.

The second-hand tractor market has seen a huge surge in demand, with prices for more simple, mechanically robust machines rocketing over the past three years, says Nigel Wellings, a director of broker Acres Insurance.

“Many farmers will have such a modern classic in their fleet, and will have owned it since new or nearly new. They may not realise that many of these are now viewed as classic in-demand modern tractors.

“Granted, they are likely to have a few thousand hours on them, and probably will not become the farm’s mainline tractor.

See also: Sharing kit with neighbours – advice on getting started

“However, as a secondary machine, doing 500 hours or less a year, they actually represent a good investment,” he adds.

“In the past few months, we have dealt with a number of fires where this type of tractor was badly underinsured,” says Mr Wellings.

“All the customers lost out, as each of these machines was a write-off and insurers only paid out the insured value. The annual premium increase on each of them to have been insured for the correct value would have been in the region of £50.”

Buyers are looking for machines that are reliable, do not have an array of electronics, and are capable of being repaired by a local mechanic, says Mr Wellings.

“These tractors are unlikely to depreciate in forthcoming years and, in actual fact, may even appreciate. There is no way a new machine will not depreciate.”

Acres says future modern classic tractors, where values will increase, include the following models, although this is not an exhaustive list: