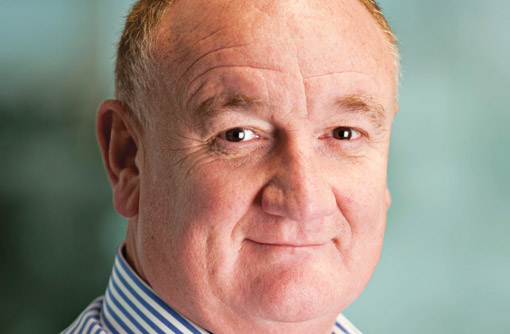 With big brands such as Cathedral City, Davidstow and Country Life, Dairy Crest is the only UK listed dairy business in the UK. Gemma Mackenzie  speaks to chief executive Mark Allen about his vision for the future

Why should milk producers stay with or join Dairy Crest?

We pay a fair, transparent price and there are no hidden extras or obligations. Quite often there’s this belief that PLCs don’t care about the farmers and that co-ops do. That’s nonsense. Our shareholders want the business to grow and develop and for that we need farmers that are paid to supply us with milk, so they are loyal to us and we are fair with them.

How many additional producers do you plan to recruit over the next five years and how?

We have about 1,250 producers and that accounts for about 80% of our milk, but we would like to get that up to 85-90%. We will continue to recruit new farms to add to our milk pools, particularly in the South West to support expansion of our Davidstow Creamery. We also encourage our existing farmers to increase production where possible through volume incentive schemes.

We are a consumer-led business focusing on trying to add value to our products. In the long term, we would look to be acquiring new businesses in the UK and broadening our product offering. There are 100,000t of cheddar brought into the UK and that’s a lot in terms of converting these consumers. In 2001-12 we were producing about 28,000t of cheese at Davidstow and now we are producing around 45,000t. Throughout that process we have been investing in that facility and in farmers. Over the next 12-18 months we will also start to produce variants of whey at Davidstow.

Dairy Crest in a minute

What are the major threats to and opportunities for UK milk processors and how should the industry respond to these?

Major threats include cheap imports, consumers under increasing financial pressure and misleading public health messages. Opportunities include import substitution and more consumer focus on trusted farm standards and provenance. We have to make sure we give UK consumers high-quality value-for-money products, and that we are constantly evolving and innovating.

The government is moving to treat dairy products en masse as being not good and labelling them red on the traffic lights scheme. The industry needs to get together to promote health benefits. For every risk, there is an opportunity if we get it right. I see optimism for the future – the last 18 months have been a wake-up call for us all.

What are the major threats to and opportunities for Dairy Crest and how do you plan to respond to these?

One of the big opportunities is that we have little or no debt. The sale of our French spreads business St Hubert (£344m) and subsequent restructuring of our balance sheet has strengthened our financial position and leaves us well placed to invest for growth in the UK, either internally or through acquisitions.

What did you change in the business after the SOS Dairy campaign?

We were the first to fully embrace the key aspects of the voluntary code and our independent formula contract was successfully launched in April. We signed up to the code because it was the right thing to do. Having a divided industry is not the way forward. We need farmers to be proud to supply us and we need them to think we are fair.

What differentiates Dairy Crest from other dairy processors?

The thing that differentiates us is the fact we are a British company. Often people say that Dairy Crest being a publicly owned company is bad news for farmers, but I would argue the contrary. It means we have to be open, transparent and visible in what we do and I think farmers should get comfort from that.

Keep up with the latest agriculture business news