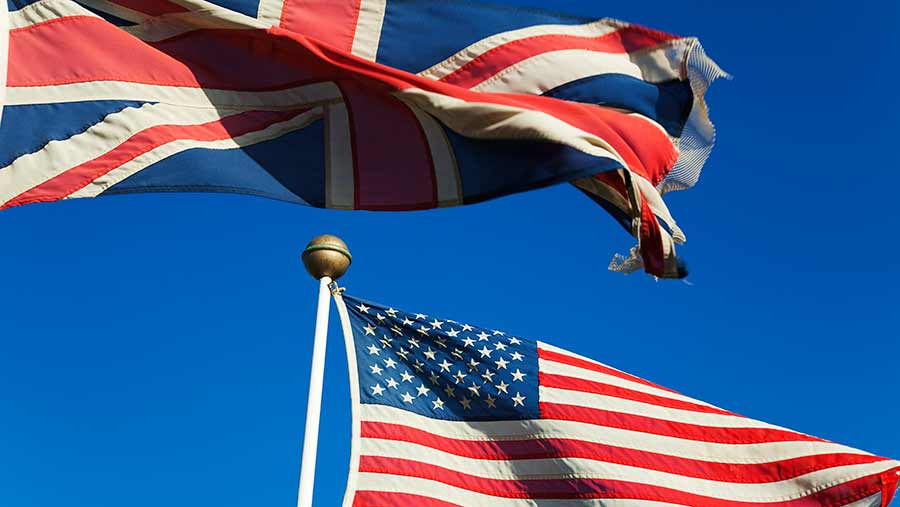 A Cabinet rift is reported to be developing over whether the UK should accept US chicken washed in chemical solutions in order to secure a trade deal.

The Telegraph claims Liam Fox, the UK’s secretary for international trade, wants to allow the importation of US chicken washed in chemical solutions, which is controversial among British consumers ­– and that he has the backing of Boris Johnson, the foreign secretary.

Meanwhile, the paper reports Michael Gove, Defra secretary, and Andrea Leadsom, Mr Gove’s predecessor and now leader of the House of Commons, are both against such a move.

Poultry meat washed in chemical solutions is currently banned from entering the EU, although the European Food Standards Agency has said a number of such solutions pose no risk to consumers’ health.

Pressure from US farm lobby

Dr Fox is currently in Washington DC to meet his US counterpart for talks about trade between the two countries.

The UK and US are not currently negotiating any trade deal, as the UK will need to wait until it exits the EU before it can do this.

But the US farm lobby is powerful and has been vocal in calling for any US-UK trade deal to include access to the UK for cheaper American beef and chicken.

This has caused controversy and unease among British farmers, consumers and civil society groups, because it could mean allowing in beef from cattle fed hormones, and chicken carcasses washed in chemical solutions.

Such US meat is cheaper because of the lower production standards and there is a fear imports would undercut British farmers and lower standards.

The British Poultry Council (BPC) said British consumers “trust nothing other than British chicken” and
rejected “the notion of importing chlorine-washed chickens as part of a makeweight in trade negotiations with the US.”

“The UK Poultry meat industry stands committed to feeding the nation with nutritious food and any compromise on standards will not be tolerated.

“A secure post-Brexit deal must be about Britain’s future food security and safety. This is a matter of our reputation on the global stage.”

The BPC urged the government to show confidence in the UK’s “world-leading food safety standards by backing British farming and cherishing its successes”.

The US washes chicken carcasses in a number of different solutions to remove pathogens, such as salmonella, that can make people ill.

These solutions include chlorine, peroxyacetic acid and lactic acid.

Farming and consumer groups in the EU argue this approach eliminates problems in the production chain only at the end of the process, rather than right the way through, as in the EU – a difference between cure in the US and prevention in the EU.

European consumer organisation BEUC says on its website: “For years, in the US, instead of preventing chickens get[ting] infected with pathogens during all stages of rearing and slaughter, the poultry industry has resorted to chemicals to eliminate bacteria at the end of the meat production chain. In other words, chemical washes aim to make up for inadequate hygiene on farms and in abattoirs.

“In contrast, the EU has chosen another strategy to fight meat-borne bacteria. The philosophy of the ‘farm-to-fork’ approach is essentially based on the wise proverb prevention is better than cure.”

Concerns over different food and farming standards have been a key stumbling block in a huge EU-US trade deal, the Transatlantic Trade and Investment Partnership, which is now on hold – and many think dead in the water.