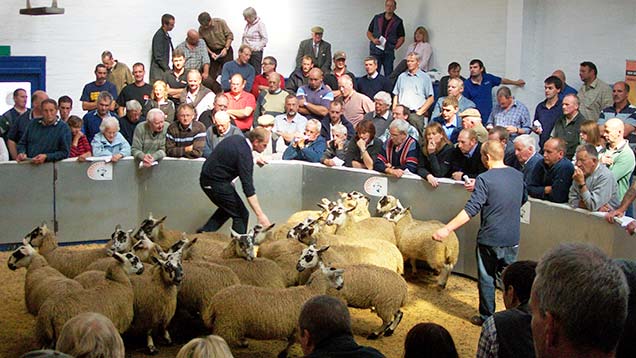 Farmer shareholders of Scotland’s crisis-hit Caledonian Marts have overwhelmingly backed their board in a plan to raise new capital and maintain the independence of the business.

The accounts of the key Central Belt mart are due to be published shortly and its chairman and acting managing director, James Cullens, has said they will show a large loss, largely because of £4m of unrecoverable debt built up over many years.

However, at a special general meeting held in a packed cattle ring on Friday (9 January), shareholders voted by 349 to 21 to allow rule changes that could raise money through a new form of investor shares.

The board was also granted approval to sell the market and the 14-acre site on which it stands if insufficient funds are raised.

The mart’s 3,000 members will receive a prospectus within the next two weeks, giving them the opportunity to invest a minimum of £500 each in the co-operative.

There will be no upper limit on the shareholding and it is understood that at least £2m will need to be raised.

Speaking after what he described as a “difficult” meeting where members gave their board a “roasting”, Mr Cullens said he was extremely encouraged by the desire of members for the business to continue.

“Some people are already pledging considerable sums but we need to physically see the money. We need to maintain the impetus that has been built up and the deadline to respond will be tight, possibly less than two weeks,” he said.

Ernst Young accountant Andy Davison, who was brought in to advise the board and look at debt recovery, also told farmers at the meeting that there was a need for urgency.

He added: ”We need to know the figure. The best way to look at it is that there is £4m due to banks and members. We need to pay that and if the new funding fails short it will be a case of having discussions with creditors to see what it would take for them to walk away.”

Mr Cullens said if the prospectus failed to attract enough funding, the board would contact farmers again. The hope is that any new owner of the 14-acre site would allow the market to continue as a tenant.

“As you can imagine there is considerable interest in the site and the business,” Mr Cullens added.