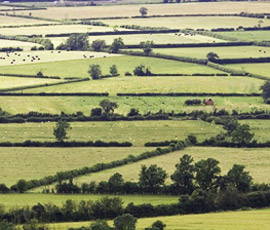 The government needs to introduce new policies to help strengthen farmers’ ability to produce food if the UK is going to remain a key player in global agriculture.

A report by commissioned by the Oxford Farming Conference says UK productivity must improve considerably in the next decade, or risk putting its ability to feed itself under threat.

Without help from DEFRA to find ways to increase productivity through research and development, the report says the UK will not be able to hold its position on the global farming stage.

Published ahead of the OFC’s annual conference in Oxford (4-5 January), the document, Power in Agriculture, looks at where the economic, political and resource power lies in the world and what it means for UK farmers.

While the UK punches above its weight in terms of agricultural power, it says globalisation and greater pressure on natural resources are the likeliest factors to affect the country’s agricultural industry.

And as the UK is not well-endowed with natural resources, trading relationships and the country’s ability to become more productive are crucial to its success.

“With countries such as China and Brazil coming up the ranks, government will need to act with policy to retain this position,” said Cedric Porter, OFC chairman.

“The government must recognise the need for policy to increase farm production and sustainability and to ensure the relationship between corporates and the UK’s farmers is more balanced.”

Written by the Scottish Agricultural College, the report draws on a range of recent research to rank the agricultural power held by countries around the world (see below).

The OFC hopes the industry will use the report’s findings to lobby DEFRA to do more to keep farming high on the government’s agenda.

“We need to make sure the UK does not become side-lined and we need to pressure government, corporations and representative bodies as hard as possible,” said Mr Porter.

“This is not the time for the UK to damage or relinquish its productive capacity. Quite the opposite, it needs to strengthen it.”

Watch the following slideshow for an at-a-glance guide to some of the key findings of the report: