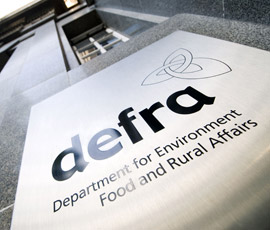 DEFRA has opted to transfer 12% of funds from direct payments to rural development schemes as part of CAP reform.

DEFRA secretary Owen Paterson announced that the amount of funding transferred from farmers’ direct payments to the budget for environmental and rural growth schemes will be increased from 9% to 12%, a statement by DEFRA said.

The demand for environmental schemes and the competiveness of English agriculture will be reviewed in 2016, with the intention of moving to a 15% transfer in the final two years of the CAP period, it added.

“Today’s decision will see £3.5 billion invested in the environment and rural development schemes over the next seven years.

“This is a significant change in the way we allocate CAP money and even with a smaller overall CAP budget, the Government will be spending a bigger share of the budget on the environment than before.”

The CAP Coalition for a Fair Deal for English Farmers – which includes the NFU, the CLA, TFA and 35 other agricultural organisations welcomed DEFRA’s decision to transfer less than the 15% maximum allowable between the direct support (Pillar 1) and rural development (Pillar 2) funding pots CAP budgets.

CLA president Henry Robinson said: “We are pleased that DEFRA secretary Owen Paterson has listened to the industry and moved 12% from Pillar 1 to Pillar 2 rather than choosing the maximum figure allowable of 15 percent. He has struck a reasonable balance between supporting the environment and rural development and ensuring that farmers in England get a fair deal.”

NFU deputy president Meurig Raymond said: “I am delighted Mr Paterson has decided to keep the rate of modulation below the maximum for the four years until it is reviewed.”