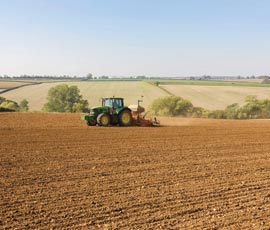 The CAP reform agreement sets out the basis of the new regime, but advisers warn that many aspects remain unresolved.

“There is almost no reform in this; it is almost all added complexity,” said Jeremy Moody, secretary and adviser to the Central Association of Agricultural Valuers. “We may regret losing the relative simplicity of a Single Payment Scheme.

“The real difficulty for the package in England is the boundary between greening and a worse funded package of agri-environment schemes, at the same time as we move to annual application dates for environmental stewardship. This threatens to be very disruptive.”

However the new package’s definition of “active farmer” was much more practical than was first proposed, said Mr Moody.

If dual use did not survive the change, it would be important to agree who was to receive both the basic/greening payment and the agri-environment payments and then decide what arrangements would achieve that, which may mean changing tenancies and licences, and had wider implications.

Dual use occurs where, with their different rules, the same land parcel is used by one person to claim single payment and by another to claim an agri-environment payment.

With the roll on of “old” entitlements into the new regime, claimants in England should ensure that the 2013 claim continues to operate post-2013 and that those businesses remain actively farming and holding entitlements, said Jonathan Armitage, head of farm management at Bidwells.

Young farmer top-up payments could also help encourage some structural changes although the value of these should be considered alongside any tax and legal implications arising from such changes, he said.

“The biggest impact of the reform is likely to be the greening obligations and the way in which these inter-relate with agri-environmental stewardship schemes. The likelihood is that farmers will be obliged to do significantly more for environmental benefit, with less compensatory funding; in addition their basic payment is likely to be less than before,” said George Chichester, of Strutt & Parker.

“The ecological focus obligation will mean that the area of cropped and stocked land will reduce, which will reduce the net margin from farming operations, and farmers will have to reconsider carefully the optimum rotation policy and their ongoing fixed-cost structure.”

Big issues for Scottish claimants include whether the Scottish government will implement a regional approach to the new CAP regime, to what extent greening might be approached on a national level, whether support will move up the hill and to what extent coupled support might continue, said Douglas Bell of SAC Consulting.

“This agreement brings us a step closer but not close enough to make business decisions,” he said. Although it was difficult to plan without the full details, farm businesses should start to look at the impact of shifts in support.