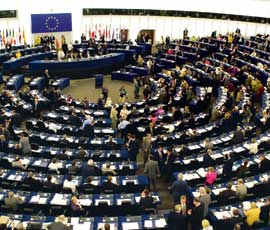 Political agreement on the future of the Common Agricultural Policy has been reached after two years of negotiations.

The Commission, the Council and the European Parliament came to an agreement on Wednesday afternoon (June 26).

The agreement is subject to formal approval by the Council and the European Parliament once the texts have been formalised in all languages.

There are also still a number of outstanding issues which will be dealt with separately within the negotiations on the Multi-Annual Financial Framework for 2014-2020.

The issues include notably on the transfer of funds between pillar 1 (direct payments) and pillar 2 (rural development) of the CAP, the allocation of national envelopes for direct payments and rural development, rates of co-financing, and the question of capping or reducing larger payments.

The main elements of the proposals are as follows:

Young Farmers: In order to encourage generational renewal, the Basic Payment awarded to new entrant Young Farmers (those under 40) should be topped up by an additional 25% for the first 5 years of installation. This will be funded by up to 2% of the national envelope and will be compulsory for all Member states.

Coupled payments: Member States will have the option of providing limited amounts of “coupled” payments, i.e. a payment linked to a specific product. This will be limited to 8% of the national envelope if the member state currently provides coupled support, or up to 13% if the current level of coupled support is higher than 5%. The Commission has flexibility to approve a higher rate where justified. In addition, there is a possibility of providing a 2% “coupled” support for protein crops.

Greening: In order to get their full single farm payment farmers will be required to implement greening measures.

The 3 basic measures foreseen are:

Greening equivalency: In order to avoid penalising those that already address environmental and sustainability, member states can implement a “greening equivalency” system to replace the basic requirements outlined above.

Active farmers: The reform tightens the rules to try and make sure only active farmers will receive payments.

Eligible hectares: The rules foresee setting 2014 as a new reference year for land area, but there will be a link to beneficiaries of the direct payments system in 2013 in order to avoid speculation.

Sugar quotas: With milk quotas expiring in 2015, the reform foresees the end to the sugar quota regime on September 30, 2017.