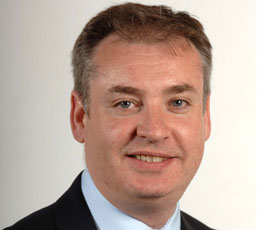 Farm ministers in Scotland, Wales and Northern Ireland have all welcomed the outcome of the CAP reform deal agreed in Brussels – despite Scotland voicing concerns during the negotiations that their needs were being ignored.

However, he said the fine detail would now need to be worked on regarding the implementation of the policy within the UK.

“It’s been a long, hard road, but I know our farmers will welcome this deal which – after a long period of uncertainty, speculation and negotiation – finally offers some clarity for the future of Scottish farming and our wider rural communities. We now have a better and fairer CAP, even if it isn’t free of flaws and remains very complex.

“We have undoubtedly taken a big step forward here, but the decision on implementation will be key to a successful outcome.”

Mr Lochhead said while Scotland did not secure everything it sought – notably higher coupled payments – there had been success in tightening up the rules to get payments to active farmers, rather than so-called “slipper farmers”.

“We have fought hard to secure a good deal from Europe and we will work equally hard to ensure the deal is implemented well, with Scottish farmers getting a fair share of the funding available to the UK.”

“While not perfect, this is a good deal for Welsh farmers,” he said.

“We have secured our key negotiating priorities and specific objectives for Wales. We succeeded in winning significant concessions within the new direct payments regime, allowing us to design a system rooted in our needs and reflecting Welsh priorities.

“The new ‘greening’ policies also reflect our priorities and were at least partly shaped by the Welsh experience. We also won a series of arguments over some of the smaller sub-schemes that could have led to far greater and unnecessary complexity.”

Northern Ireland agriculture minister Michelle O’Neill said the greening arrangements agreed were much more suited to the needs of grass-based agriculture than the original proposals.

“The ability to monitor permanent grassland at regional level, rather than at individual farmer level as originally proposed, avoids an unnecessary bureaucratic burden for both farmers and administrators. The thresholds for crop diversification and ecological focus areas have been raised and again are much more suited to the circumstances of grassland agriculture,” she said.

“One hugely significant issue was securing the ability to take implementation decisions at a regional level,” she added.

“This means that decisions in the north of Ireland can be taken locally without impinging on decisions being taken in other regions and vice versa. That is a very important achievement that allows us to shape the implementation of the support framework to meet the balance of local needs.”

CAP reform deal done, but not quite dusted