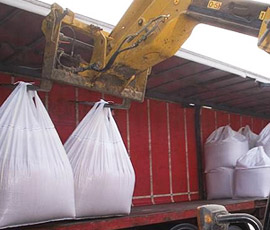 Buying fertiliser early looks to be the right move this season, but fewer farmers than normal have done so, according to GrowHow.

Opening June prices of about £292-295/t, depending on merchant margin, were nearly 5% less than last year, but prices were set to increase by £4/t for July and another £4/t for August, the firm’s Ken Bowler said.

“In eight out of 10 years it’s always paid to buy early. But demand has been down slightly so far this year. Eight weeks after the start of the season we normally see about half of the total nitrogen market purchased, but it looks as though we’ll be slightly below that.”

Mr Bowler said some growers were probably “hedging their bets” by buying a proportion early, some post-harvest and the remainder in the spring. But he said a more even demand situation such as that would make it easier for the industry to manage supply, as much of it was now done on a just-in-time basis, with little fertiliser held in storage by distributors.

While buying early looks to have been the right move, future fertiliser prices would be influenced by a number of supply and demand factors, as well as exchange rates, Mr Bowler added.

In dollar terms, urea had come back 15% since last September, but currency fluctuations meant that fall was just 7% in sterling terms, while the euro price had risen 1%, he said.

“The weakness of the euro against the dollar has currently made urea less competitive and this, in turn, is likely to have an effect on the availability of imports, as the market turns to ammonium nitrate.”

He advised growers to plan fertiliser purchases across the season to spread the risk of price movements.