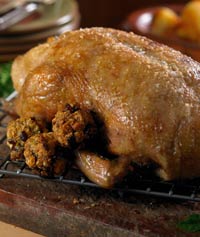 Duck producers in the UK and Europe face a major challenge from imports as China steps up its production and focuses attention on markets in the west.

Cherry Valley had been able to benefit from this expansion, having had a strong presence in the Chinese market since 1980 as a breeder, and more recently as a processor.

But now producers in the east were eying up markets in the west and investing in production and processing facilities to take a larger share of the world market.

Exports of cooked duck meat from Thailand, which started about 10 years ago, had had a fairly limited impact on the EU, said Mr Bird. But last year the EU licensed three plants in the Shandong Province of China to get in on the trade.

One of these was already exporting and the other two would come on stream this year, taking total capacity to 30,000t – almost three times the size of the EU cooked duck meat market.

Meanwhile, the EU had huge inventories of stock as processors had been hit by the recession, said Mr Bird. “Some companies are even planning to take a month off production this summer.”

Yet the Chinese were able to sell cooked duck meat at about a third less cost than their Thai competitors and 45% less than European producers, largely due to the fact that labour was so cheap.

Chinese production facilities were also “state-of-the-art”, said Mr Bird, and the fact the Chinese “ate everything” meant even the by-products had a value and effectively subsidised the exports.

Despite the threat, duck meat producers in the UK still had a positive future if they played to their strengths, he said. They should focus on the “retail fresh” market, which had been growing before the recession and would grow again, and they should invest in centres of excellence.

The product had a great deal going for it. US research had shown that duck fat had similar health benefits to olive oil, while the calorific content of duck meat was similar to turkey meat and skinless chicken.

The industry also needed to invest more in brands, rather than producing commodities, and should reduce dependence on the Chinese restaurant trade by catering for other ethnic cuisines.

“Our challenge is to change the way duck meat is perceived and drive this market forward,” said Mr Bird.

* For more on duck production, see the July issue of Poultry World