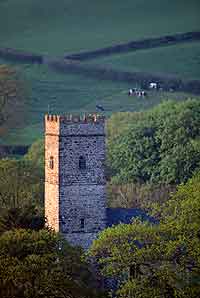 The pursuit of cheap food, coupled with the buying power of the big supermarkets, is putting farming livelihoods at risk, the Church of England has told the Competition Commission.

Making farmers pay for supermarkets’ own promotions is just one of a number of “invisible and pernicious practices squeezing farm-gate prices”, according to a new report * from the C of E’s Ethical Investment Advisory Group.

While welcoming the broad findings in the Competition Commission’s recent interim report, the Church argues that a wider debate is needed on the effects of retailers extracting ‘below cost’ supply agreements from farmers.

“The business practices of the major food retailers have placed considerable stress on the farming community through the use of methods which we believe to be unfair and of which consumers seem to be unaware,” said the Rt Rev Michael Langrish, Bishop of Exeter, who chairs the Church’s Rural Strategy Group.

“Farmers seem to be unwilling to complain or to expose these practices for fear that their produce may be boycotted by the major retailers. It is clear that the Supermarkets Code of Practice is not working.”

The report identifies a number of invisible and pernicious practices that the consumer is largely unaware of and which have been accepted by farmers as a fait accompli as part of the price of doing business. These include:

• products labelled as British but often only processed or packaged here and obscuring the country of origin of the primary ingredients;
• flexible contract terms that seldom work to the advantage of the farmer;
• flexible payment terms subject to arbitrary change that often put farmers to an increased cost or financial loss;
• facilitation payments, deductions and a range of financial inducements paid to the retailer or processor at the farmer’s expense;
• little evidence that retailers share the benefits of promotions with farmers, and much evidence that farmers, in the main, bear the costs.

“The Supermarkets Code of Conduct is not working”

“The Church is an investor in the food retail sector and has a role to play in putting the concerns of the wider Church to the companies in which it invests,” said Neville White, secretary to the EIAG and joint author of the report.

“It is also a significant landowner and has witnessed at first hand the pressures being felt by its tenants and the economic vulnerability many face in producing below cost.”

EIAG chairman John Reynolds said: “Farmers are asking for no more than a fair price for a fair product and for the benefits and costs of in-store and special promotions to be fairly shared by producer and retailer alike.

“The Supermarkets Code of Conduct is not working, and has not acted to reduce fear of reprisals for ‘speaking out’. The appointment of an independent ombudsman with arbitration and regulatory powers should be urgently considered.”

* Fairtrade begins at home: Supermarkets and the effect on British farming livelihoods, published by the Church of England’s Ethical Investment Advisory Group, can be read by clicking here.