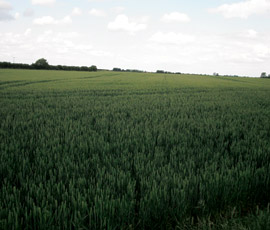 Almost 900 acres of Grade 3 Lincolnshire arable land represents one of the largest commercial blocks to come to the market this year.

The buildings are in good condition and include general-purpose storage, said Andrew Pearce of Chesterton Humberts, which is selling the land jointly with Vestbirk & Co.

There is also the opportunity of a five-year farm business tenancy on almost 202 acres of adjoining bare land under the same ownership.

The farm was bought seven or eight years ago by a Danish investor who has increased its scale over the past few years. It comes to the market due to plans for reinvestment in Denmark where land prices have fallen. (Chesterton Humberts 01522 516 836; Vestbirk & Co 01507 534 660)

Also in Lincolnshire, a let farm between Grantham and Sleaford is on the market. Sudbrook House Farm is about nine miles east of the A1 and has 461 acres for sale as a whole at a guide price of £1.5m. Based on comparable sales, this equates to less than 40% of the vacant possession value, according to selling agent Savills.

Sudbrook House Farm has a five- bedroom farmhouse and two four- bedroom cottages, as well as a farmyard with potential for development. In total approximately 430 acres of the 461 acres are in arable production and the farm is let on an Agricultural Holdings Act Tenancy at a rent of £55/acre. (Savills 01522 508 933)