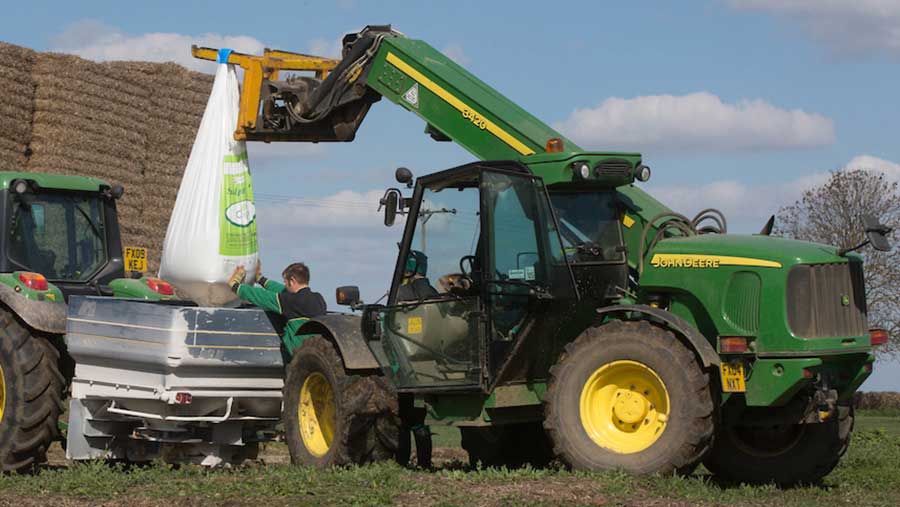 UK ammonium nitrate is competing strongly against imported material on the weaker pound.

CF Fertilisers, owner of the Nitram brand, continues its aggressive approach, launching terms last week which put product on to farm at £172-£176/t for full loads in October on normal payment terms.

This was very similar to prices of midsummer and after good take-up these terms were expected to be withdrawn by the end of the week, with signals for a £3/t rise for November on top of the £5/t uplift planned over October.

Imported AN was at a discount of just £2-£3/t to UK product, after sterling’s fall.

Prices for new cargoes made imports uncompetitive in some regions, said traders, warning that markets were likely to become more volatile.

The pound’s fall against the US dollar in particular had caused problems for importers looking to place firm orders for dollar-based commodities such as granular urea and TSP, said Frontier’s Chris Tye.

The ratio between nitrogen costs and wheat prices (currently 4kg wheat needed to pay for 1kg nitrogen) was the lowest for more than eight years and less than half the ratio in 2015, he said.

Blenders were struggling to compete with CF on compounds and many withdrew prices this week because of uncertainty over raw material costs, said traders.