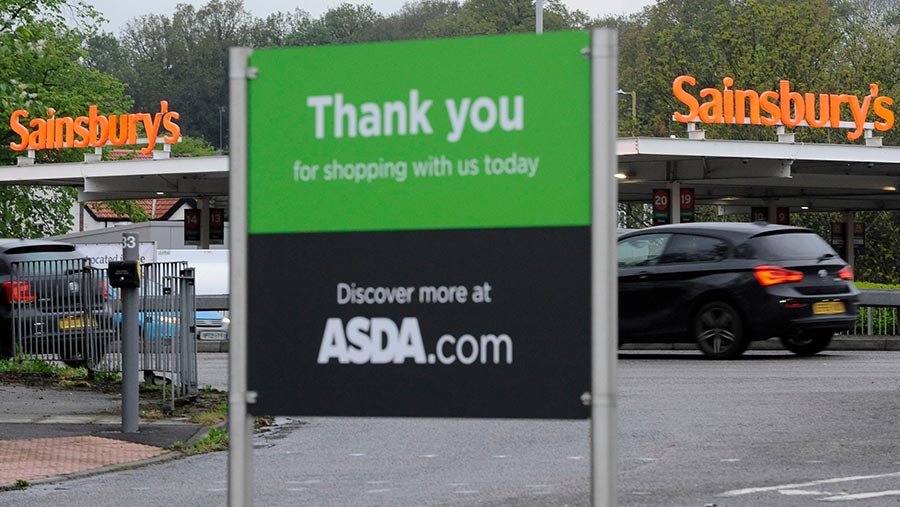 The proposed merger between Sainsbury’s and Asda has been blocked by the Competition and Markets Authority (CMA).

The move would have created Britain’s largest supermarket chain, with a 26% share of the groceries market.

But the competition watchdog ruled consumer prices would rise and shoppers would have less choice.

In its final report after a year-long inquiry, the CMA added that competition, at both a national and local level, would have suffered had the merger gone ahead.

Speaking to the BBC’s Breakfast programme, CMA chairman Stuart McIntosh said: “[The merger] would reduce competition in supermarkets and online grocery shopping and at the companies’ petrol stations.

“We think that is likely to lead to higher prices or other changes that would be unwelcome to shoppers, such as longer queues at checkouts.”

Although Sainsbury’s has decided not to challenge the ruling, its chief executive officer Mike Coupe has rebuffed the findings.

Mr Coupe said consumer prices would have fallen and that the CMA had “effectively taken £1bn out of its customers’ pockets”.

He was referring to a pledge, made during inquiry, to introduce £1bn of price cuts for consumers if the deal went ahead.

Sainsbury’s and Asda also agreed to sell up to 150 supermarkets, some petrol stations and local stores to allow the merger to proceed.

“The conclusion that we would increase prices post-merger ignores the dynamic and highly competitive nature of the UK grocery market,” Mr Coupe said.

But the CMA had dismissed the price cut claims saying promises were based on cost savings that were unlikely to be realised and any such moves would be too difficult to track.

The CMA’s block on the merger will come as a relief to farming groups, which feared price cuts would be passed down through the supply chain.

In its contribution to the inquiry, the NFU said: “Our members remain concerned that the proposed merger has the potential to negatively impact consumer choice, quality, product innovation and the profitability of SME businesses.”

The union added that NFU members had raised key concerns, including:

The Food and Drink Federation, which represents 7,000 food suppliers, voiced similar fears on “very serious concerns that the proposed merger would cause a substantial lessening of competition”.

Writing to the inquiry in February, the organisation said: “Buyer power continues to be a defining characteristic of the relationship between grocery retailers and their suppliers, and is the foundation of the Groceries Supply Code of Practice, which continues to play an important role in ensuring the fair treatment of suppliers to the UK’s major grocery retailers.”