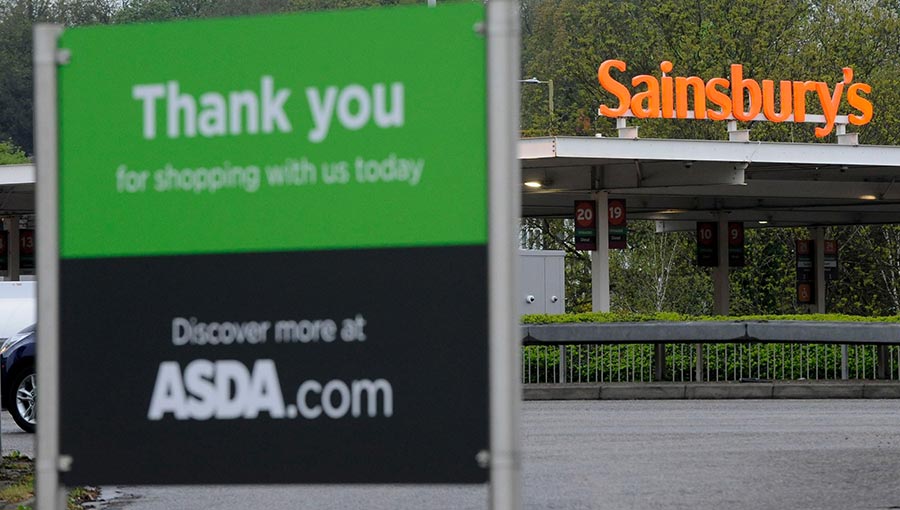 The proposed merger of Asda and Sainsbury’s has been “devastated” by the Competition and Markets Authority (CMA), after it raised concerns about the effect on UK consumers and suppliers.

The CMA started a formal investigation into the implications of the plans in August 2018, four months after the news was first announced.

Farm leaders have stated the merger, which would create the biggest UK supermarket group in history with about a 26% share of the groceries market, would worsen the squeeze on suppliers and decrease their prices.

In the report, released on Wednesday (20 February), the CMA looked into whether the merged company’s increased buyer power could result in reduced incentives or abilities to invest and innovate on the part of suppliers, or suppliers raising prices.

On the first concern, the watchdog found insufficient evidence to conclude this was likely to happen.

On the second, it found that suppliers did not expect to change their prices to rival retailers; a small loss of market share was unlikely to significantly increase procurement costs; and rival retailers were likely to reduce, rather than increase, their prices.

The investigation found that the deal could lead to a worse experience for in-store and online shoppers through higher prices, reductions in the range and quality of products offered, and a substantial lessening of competition at both a national and local level.

Patrick O’Brien, UK retail research director for data and analytics company GlobalData, said: “The CMA’s provisional findings on the proposed merger of ASDA and Sainsbury’s have devastated any prospect of the merger going ahead.

“The CMA has raised concerns about the tie-up in just about every conceivable way.

“It seems that the CMA didn’t buy the central strategy of the deal: that it would benefit consumers by using their combined might to negotiate down major suppliers and pass on much of the benefit to shoppers in reduced prices.”

The competition watchdog has set out options for addressing its concerns, which include blocking the deal or requiring the merging companies to sell off a number of stores and other assets.

However, the authority’s current view is that it is likely to be difficult for the companies to address the concerns.

A Food and Drink Federation spokesman said: “We are pleased to see that the CMA findings reflect the concerns of FDF members that the proposed merger would cause a substantial lessening of competition at both a national and local level.

“The CMA has correctly identified a number of issues with the proposed merger and with an ever-more consolidated grocery market.”

The CMA now welcomes responses from interested parties, including Asda and Sainsbury’s suppliers, to its provisional findings by 13 March 2019 and to its notice of possible remedies by 6 March 2019.