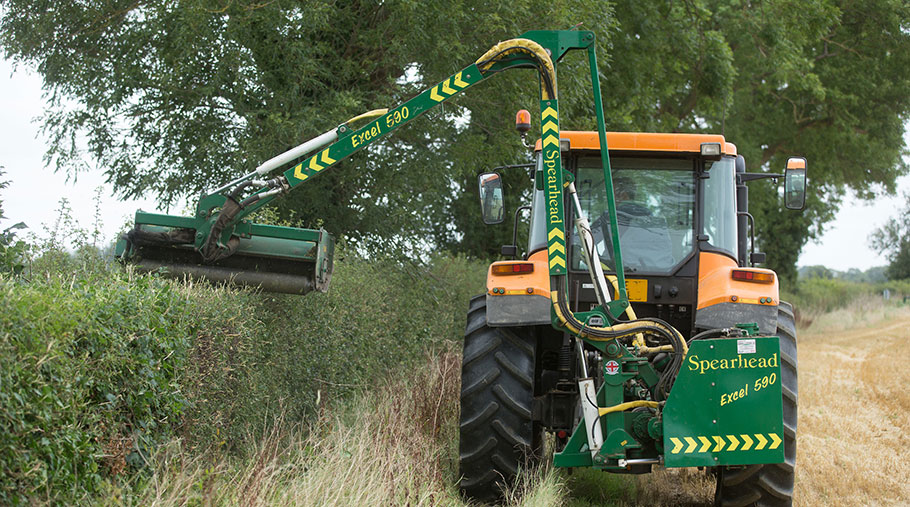 Agricultural contractors have renewed their calls for Defra to rethink the “farcical” August hedgecutting ban after a lean summer left many out of pocket.

Specialist hedgecutting contractors would normally follow the combine harvesters around and trim hedges on farms after harvest.

But Defra introduced new legislation in 2015 making it an offence to cut hedges on farmland between 1 March and 31 August. Any landowner caught trimming hedges during this period faces reductions to their single farm payment under cross-compliance rules.

The department decided to extend the ban by one month to cover August as part of an EU directive to protect nesting birds. The extension an is supported by the RSPB, which maintains some birds are still nesting in August and beyond.

But the ban has proved deeply unpopular with contractors and the NFU, which says the vast majority of birds have finished nesting by August, apart from wood pigeons.

‘No grass to cut’

Grass and hedgecutting contractor Bob Rutt trims about 2,630ha in the Northamptonshire/Leicestershire/Rutland area.

Mr Rutt said the dry late spring and summer had stunted grass growth and there had been “no grass to cut for two-to-three months”.

He added: “Farming is in the doldrums because of the cost of everything; the crop tonnage has been poor – oilseed rape and beans in particular – and input prices have been increasing.

“It’s been a lean summer for us contractors too. August was so dry. It would have been an ideal time to get on the land – especially the heavy land – to cut the hedges. But we can’t because of this farcical ban.”

Mr Rutt said an influx of ditch maintenance work on farms “saved him” during August. But any orders for hedgecutting work from September onwards will depend on the weather.

“If it rains, we’ve got no hope – they [the landowners] won’t let us on the ground.”

He is aggrieved that gardeners and councils are allowed to cut hedges year round, including August. “I was in Lutterworth in June and local authorities were cutting hedges then,” said Mr Rutt.

“If they are going to have an August ban, then it should be a blanket ban, which covers birds nesting in towns.”

Essex hedging contractor James Perry, owner of Perry Contracting, said: “It’s been a difficult year. We’ve had no grass to cut because it just hasn’t grown.

“The August hedgecutting ban hasn’t helped at all. We have been twiddling our thumbs.”

A Defra spokesman said: “Hedgerows provide vital food and shelter for young birds in August and having considered all available evidence on wild bird breeding and rearing seasons in England, we have concluded our existing approach offers the best protection to our wildlife.”