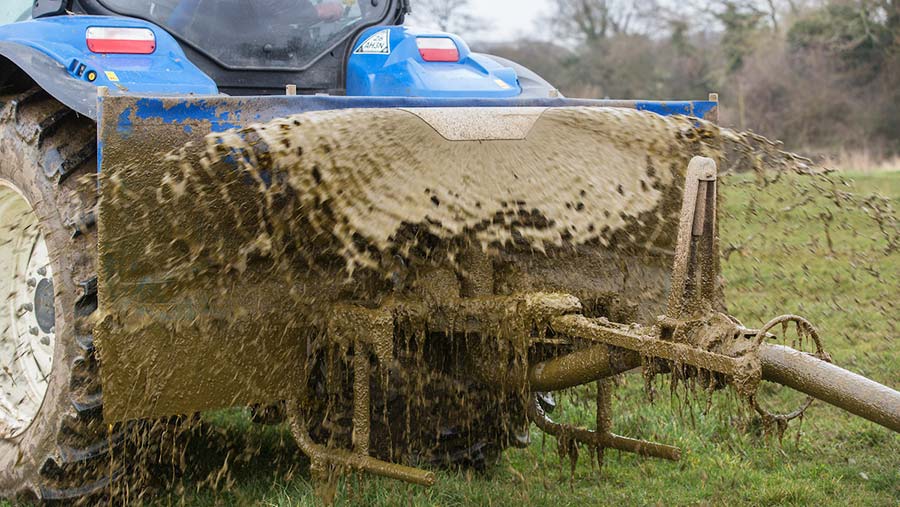 Plans to curb agricultural pollution by making the whole of Wales a nitrate vulnerable zone (NVZ) could be scaled back.

A “whole-territory” approach, which looked set to be introduced on 1 January 2020, has been fiercely opposed by farming unions and farmers.

Now, in a surprise move, that deadline has shifted and Welsh rural affairs minister Lesley Griffiths has confirmed she has been investigating voluntary, farmer-led initiatives.

On Wednesday (11 December), Ms Griffiths said she had been exploring alternative measures with the Wales Land Management Forum sub-group, a body established specifically to focus on agricultural pollution.

“I want to explore further if there is a way we can provide farmers with the flexibility to achieve these essential environmental outcomes in a way that is best suited to individual businesses,” she said.

The announcement followed a plenary debate at Cardiff Bay during which the minister insisted she was on the side of farmers.

However, as environment minister, she expressed concern about an “unacceptable number” of agricultural pollutions.

“When I put my computer on at the weekend, invariably, I’m getting emails about agricultural pollution incidents,” said Ms Griffiths.

She said “decisive action” was needed and added: “It is vital farmers urgently recognise the scale of the problem in Wales and use this opportunity to engage in developing alternative solutions.”

One aspect of the proposed controls Ms Griffiths has looked at personally is the proposed closed periods for fertiliser applications.

Speaking at the plenary debate, she said: “I think farming by calendar is always something I’ve never been quite able to understand.

“I always said to the agricultural sector that it was one area that I absolutely really understood why they thought we should be looking at that. However, it has to be earned—that kind of flexibility has to be earned.”

The minister’s change of approach has been welcomed by farm leaders and opposition politicians.

Farmers’ Union of Wales president Glyn Roberts said: “We welcome the fact that the Minister has recognised the problems with an extreme blanket approach to tackling pollution.

“As always we’re happy to work with the Welsh government in order to target problems while ensuring regulation and rules are proportionate and will be once again meeting with them next week to discuss the matter.”

Welsh Conservative rural affairs spokesman, Andrew RT Davies AM, said an all-Wales NVZ was not the answer to controlling pollution.

“The Nitrates Directive is notorious for being one of the most hated, complex and costly pieces of EU legislation, and I would once again encourage the minister to explore and implement the recommendations put forward by the Wales Land Management Forum Sub Group on Agricultural Pollution,” he said.