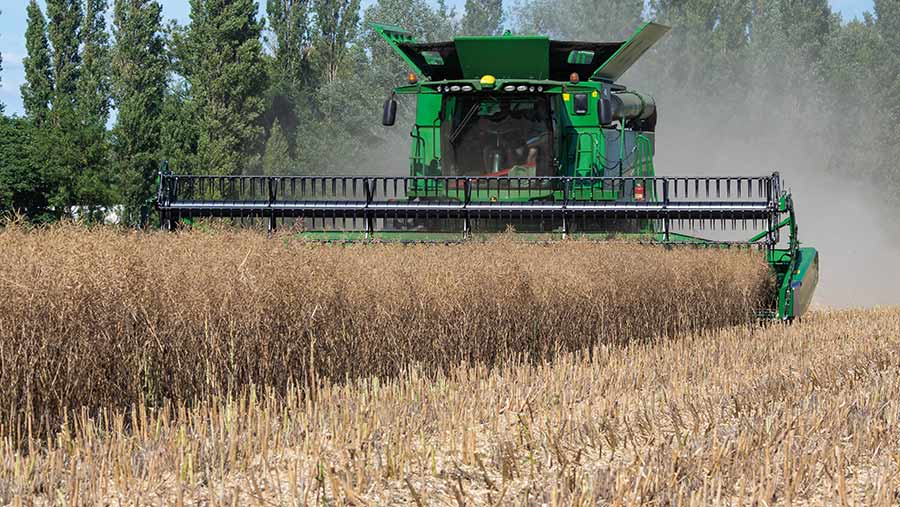 Arable farmers need to comply with new rules on growing crops for the biofuel market.

From 1 July 2021, production standards set out in the EU Renewable Energy Directive (Red) will be tightened.

Crops that fail to comply with the new standards, known as Red II, will not be permitted to be traded for biofuel production, which could lower their value.

Despite leaving the EU on 1 January 2021, the UK still needs to comply to be able to sell its crops for biofuel on the important European market.

The standards are administered in the UK by Red Tractor assurance.

The organisation’s cereals, oilseeds and sugar beet board chairman Guy Smith said it made sense for as much of the UK crop as possible to comply.

If the biofuel market can use a significant proportion of UK wheat this will help strengthen the wheat price. Compliance will also provide access to important markets developing beyond the UK, Mr Smith said.

What is Red II?

The directive is a single policy covering both the production and promotion of energy from renewable sources within the EU.

However, while policymakers promote biofuel production, which offers governments cleaner energy from secure, renewable sources, there are concerns about over-production.

Production has increased significantly in the past 10 years and further growth is expected in the UK with the proportion of  biofuel in petrol increasing from 5% (E5) to 10% (E10) in September this year.

The rapid expansion has led to concerns that land with biodiversity or carbon-store value could be used to grow cereals or oilseeds for the lucrative biofuel market.

Red II includes rules designed to protect land and prevent the loss of high-ecological status areas via on-farm checks and certification. It is this area of Red II’s remit that will change from 1 July.

What is changing in Red II?

To date, compliance has been achieved through a relatively straightforward verification by farmers who state they have not started to produce grain for the biofuel market at the expense of ecologically sensitive areas on their farm.

Mr Smith said that this was no longer seen as sufficient.

Under the new rules, growers will face additional record-keeping requirements to provide evidence of transactions backed up by on-farm checks of land type used. The main change that farmers will face is a ‘mass balance calculation’.

Essentially this is a basic log of the harvested and sold tonnages of grain. The checks will then assess whether the two figures match up.

This will prove grain or oilseed being loaded out of a farm store actually came from the same assured farm and hasn’t been bought in from elsewhere, Mr Smith said.

In addition, from 1 July 2021, the grain passport will refer to Red II as the “recast Red”.

From this date, growers will need to ensure that their grain passport clearly references recast Red when confirming compliance with a signed and dated declaration.

“For the past 10 years most farmer members have been automatically compliant with the regulation under their Red Tractor assessment.”

This would continue under Red II and farmers would not face any extra cost, he said.