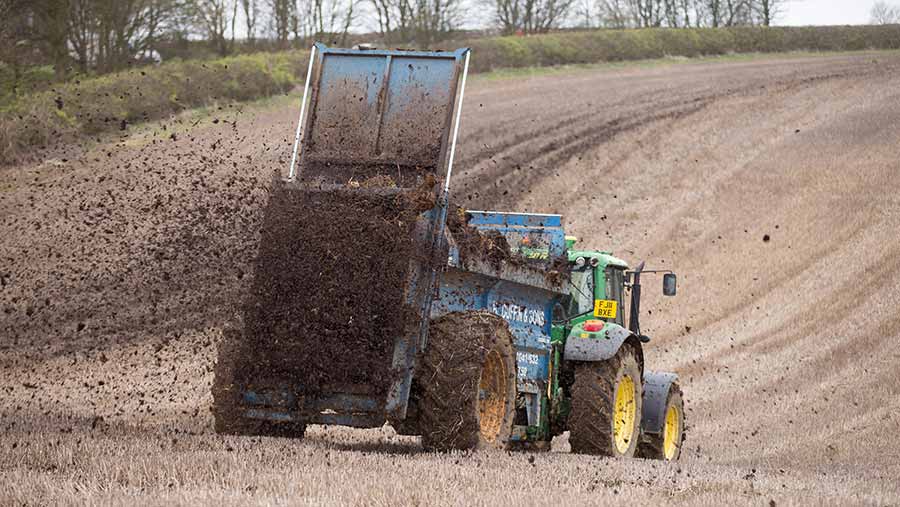 Farmers in England are being urged to check if they are in a designated nitrate vulnerable zone (NVZ) ahead of the first appeal deadline next week.

Notices telling farmers if their land is in an NVZ are being sent out by Defra in three tranches. The changes will apply from 2017 to 2020.

The first tranche of NVZ designation letters, for the North West, Solway Tweed, Dee and Severn, were sent earlier this month. The deadline to lodge an appeal is next Tuesday (31 January).

Farmers are being asked to check Environment Agency maps using the What’s in your backyard? tool to review their designation and to contact the agency if they haven’t received notification.

Designation letters for the second tranche – Anglian, Thames, South East and South West – should be received within the next few days, with an appeal deadline of Monday, 20 February.

Letters for the third tranche, covering Northumbria and the Humber, will be sent on 20 February, with an appeal deadline of Monday, 20 March.

However, some notices were mistakenly sent to land agents rather than the farmers themselves.

NFU deputy president Minette Batters said: “NVZ designations are only reviewed every four years, so it’s vitally important to check if you are in one.

“We are concerned that some designation notice letters may have got lost or sent to the wrong address.

“That is why we are urging our members to check the maps. If they haven’t had a letter, they should contact the Environment Agency right away.”

Farmers with land designated in an NVZ must observe strict guidance on the use of nitrogen fertilisers and organic manures.

Transitional arrangements will apply to farmers with a holding in an NVZ for the first time in 2017 to allow them time to adjust farming practices.