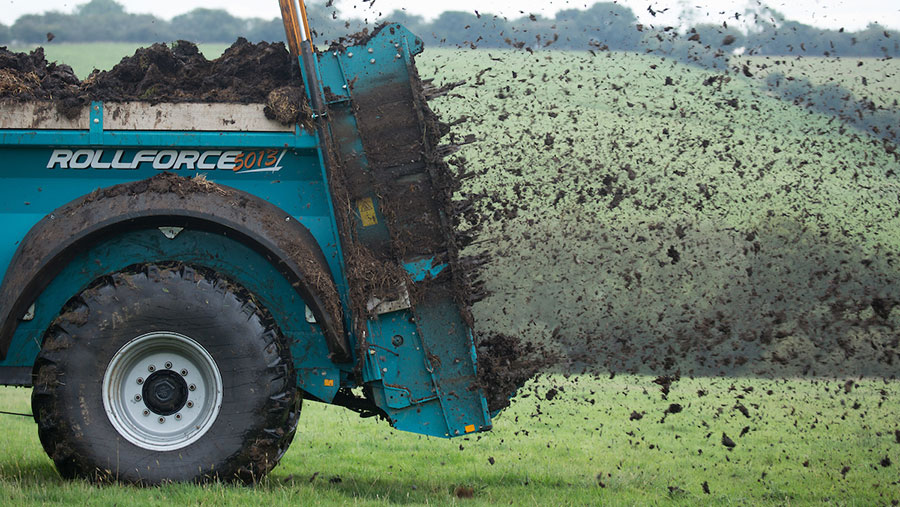 Livestock farmers in England who want a 2021 grassland derogation from nitrate vulnerable zone (NVZ) rules need to act quickly if they have not already done so.

The derogation allows grassland farmers to apply 250kg/ha of nitrogen from livestock manure over a calendar year, rather than the usual limit of 170kg/ha/year.

However, it is only possible to apply for a derogation if at least 80% of the agricultural area of your holding is grass.

See also: Read the latest from Farmers Weekly on Payments, Grants and Schemes

Defra announced last month that a derogation would be offered in 2021, but the application window did not open until 14 December, which is several weeks later than usual.

The delay is understood to have been caused by Covid-19 complications.

The statutory closing date for applications was 31 December, but the Environment Agency (EA) has recognised this was a short window, so has said it will use its “best efforts” to process applications received between 1 January and 31 January.

However, only those received by 31 December will be guaranteed to be processed.

According to the government’s Farming Advice Service newsletter, applications received during January will be considered on a case-by-case basis and there may be delays and difficulty in contacting the EA during this period.

How to apply for a grassland derogation

The EA will use this information to calculate whether an applicant can stay within the 250kg/ha of nitrogen limit from grazing livestock.

If a farmer is eligible for a derogation, the EA will send written notification of whether the application has been successful.

The applicant must then formally agree to fulfil the conditions of the derogation in writing to the EA.