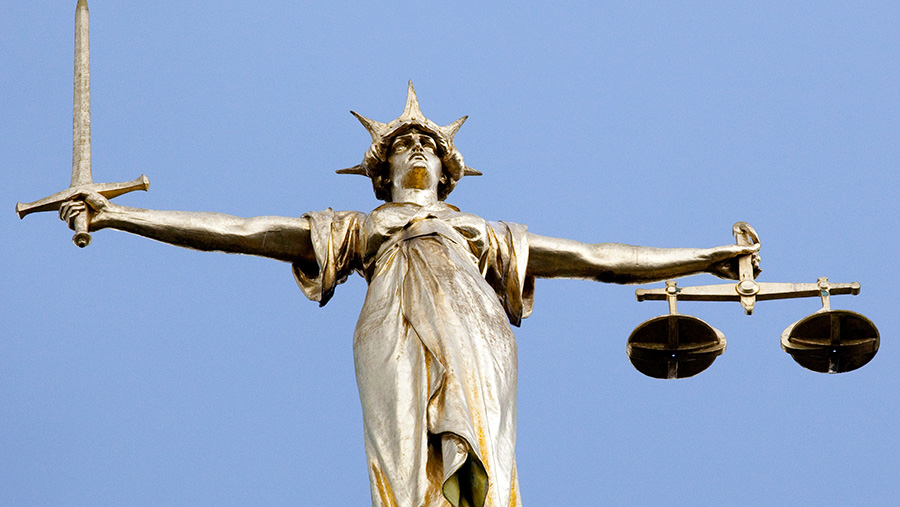 The Ulster Farmers Union (UFU) has won a legal battle which it says is a victory for all farmers, as it should help protect them from harsh penalties for minor cross-compliance breaches.

The UFU has settled a second judicial review against the Department for Agriculture, Environment and Rural Affairs (Daera) and the Northern Ireland Environment Agency (NIEA), which is part of a long-running case involving former UFU president Ian Marshall.

Following a pollution incident in 2012, which resulted in two cross-compliance breaches, Mr Marshall had his annual single farm payment reduced by 55%.

The authorities ruled that one of the breaches was “intentional”, so argued Mr Marshall should face a higher penalty than if they had both been “negligent”.

But this assertion was challenged by Mr Marshall, who argued there was no evidence it was an intentional breach.

His position was backed by an external panel, which was asked to consider the evidence as part of a review of his case in 2013.

However, the head of the payment agency decided to reject the advice of the external panel and impose the higher penalty associated with an intentional breach.

This prompted the UFU to bring forward a judicial review over the definition of the word “intent” with regards to cross-compliance.

The first judicial review was heard in 2017. At that point, the judge found the original decision by Daera was “unlawful” and the UFU were awarded costs.

It was expected that Mr Marshall’s case would be reviewed as a result and the original decision overturned. However, Daera decided to stick with its original penalty.

This led the UFU to take forward a second judicial review, which has now been settled out of court in favour of Mr Marshall.

Ivor Ferguson, the current UFU president, said the case had been taken forward as a matter of principle.

The process had been protracted, time-consuming and also required a cost outlay of about £270,000, he said.

“But the outcome achieved has been to the benefit of our wider membership, so it has been well worth it.

“Our role is to defend our members against unfairness and in seeking and supporting these judicial reviews, we aimed to protect the wider industry from harsh treatment for minor mistakes.

“The outcomes of both related judicial reviews will have a lasting, positive impact for farmers.”

The UFU was awarded reasonable costs in relation to both judicial reviews, so the bulk of the money spent on bringing the case forward will be reimbursed.

A Daera spokesperson confirmed the department had reached agreement with Mr Marshall that his application for a judicial review be granted on the grounds of a “procedural irregularity” in coming to its original decision.

“The department consented to its decision of 25 May 2017 being quashed accordingly and will now redetermine the appeal on the basis that the breach in the case was negligent rather than intentional.”