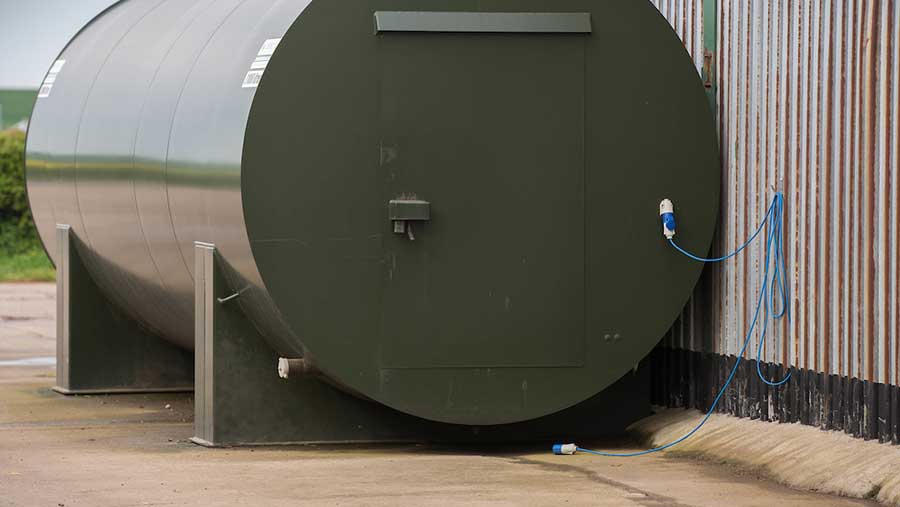 Farmers in Wales are being reminded that new laws will come into force next March that will require all diesel tanks to be built or sited to catch potential spills.

Pollution regulations were passed into law in 2016 in Wales which set new standards for agriculture fuel oil that brought them into line with existing legislation in the rest of the UK.

New tanks have had to be compliant since the legislation was passed, while farmers with tanks sited in significant risk locations had to comply by March 2018.

Risk locations are defined as facilities within 10m of any surface water or wetland, or 50m from a borehole or well.

Farmers with non-compliant tanks that are beyond those risk zones have until 15 March 2020 to meet the new standards. 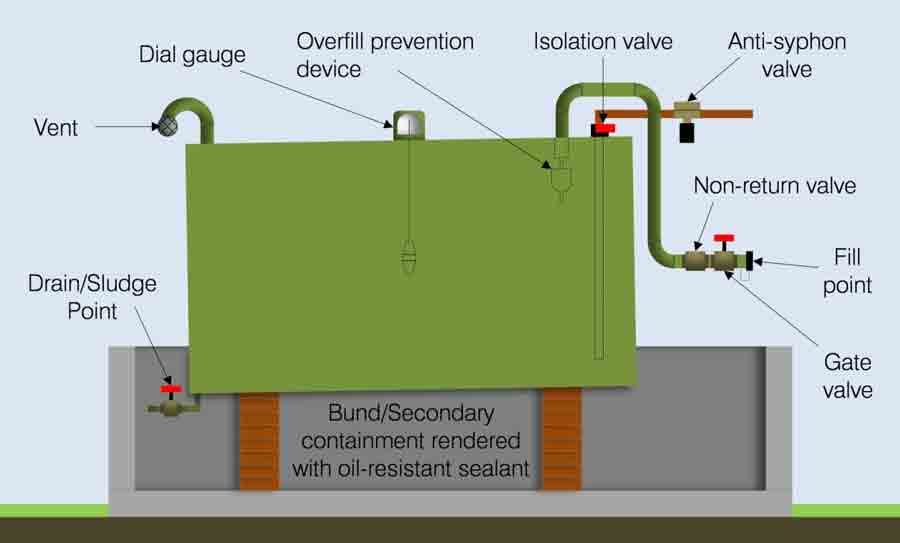 What does the law say?

The regulations require all containers over 200 litres in size to have a secondary containment system to catch the entire contents of the tank in the event of a spillage.

This can take the form of a second skin around the tank or for the tank to be positioned over a bund – such as oil-tight brick structure but all must be capable of containing at least 110% of the maximum contents of the container.

Tanks with second skins will also only be compliant if valves, sight glasses and other ancillary equipment are contained within the second skin.

Fill pipes or dispensing pipes that penetrate the bund base or wall must be sealed into the bund with an oil-resistant material and dispensing pipes must have a tap or a valve at the delivery end, that closes automatically when not in use.

When not in use, delivery pipes must be enclosed in a secure cabinet which is locked shut or kept within the secondary containment system.

The full regulatory requirements can be found on the Welsh government website (pdf). 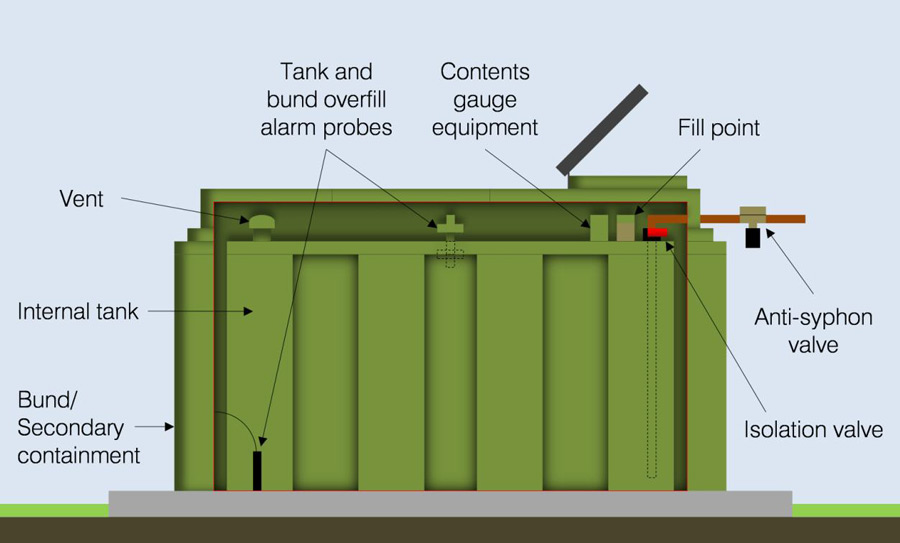 Why was the law changed?

The Welsh Government said in 2016 the change in the law was justified as it would contribute to reducing the 130-300 recorded water pollution events caused annually by oil.

This may only represent a small number of the total actual incidents, as campaigners say many go unreported.