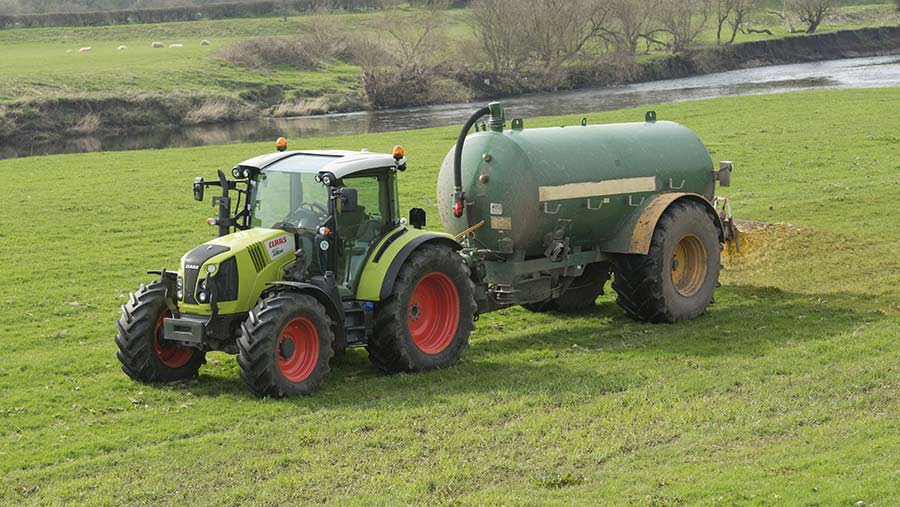 The Environment Agency is close to using fresh powers to regulate water quality that will include the ability to ban cropping or impose low stocking densities.

Water Protection Zones (WPZs) are being touted by environmental activists as means of preventing water pollution in important habitats where existing action has failed.

The power, already on the statute book but yet to be used on farmland, can punish breaches with unlimited fines and even jail terms of up to two years.

The NFU is urging policy-makers to back a farmer-managed approach to reduce diffuse pollution, rather than resorting to tougher legislation.

AHDB water policy lead Nicola Dunn said a WPZ works by banning, or imposing, conditions on the activities thought to be causing pollution.

It may impose tighter restrictions than any existing regulations and can sit over the top of an existing NVZ.

Why is the use of a WPZ an increasing threat?

NFU environment policy adviser Grace Whitlow said the pressure to impose WPZs began to mount back in 2015, after a court case brought by wildlife and angling groups relating to vulnerable ecological areas in England known as Natura 2000 sites.

This obliged the Environment Agency to review its diffuse pollution control measures to establish whether they can achieve water-quality targets.

With the Environment Agency pressing on with reviews, use of the legislation is potentially drawing nearer.

“If the review finds they are inadequate the agency must then decide what extra measures – including WPZs – could be used,” Ms Whitlow added.

Where are the first areas of concern?

Among the first Natura 2000 Sites to undergo the review process are the catchment areas relating to:

In future, parts of England near sensitive habitats and where there may be a higher density of livestock or poultry farms could be drawn in, said Ms Whitlow.

What measures may be imposed?

The exact restrictions imposed will vary because they will be tailored to fit the local circumstances.

Possible practical measures that could be enforced include:

Among the options discussed is a phone line to seek approval every time a farm wants to go out and apply fertiliser.

What effect could this have on farms in a WPZ?

SW NFU environment adviser Paul Cottington said the WPZ process is a draconian option that, if taken up, could put farms out of business.

“The WPZ is an NVZ with legs, it is bigger and harder.

“Many farms where the WPZ regulation could be applied will already be within an NVZ, so the prospect for them is onerous,” said Mr Cottington.

“These sensitive ecological areas often have some of the best farm managers. It is not a lack of expertise or poor practice, it is the land that is more vulnerable,” he suggested.

He said a positive way to improving environmental results would be to establish a nutrient quota system for farmers within a catchment area.

These could be traded between farms according to their inputs, stocking levels or crop rotations.

Trading could then be used for other customers such as a water company or developers, thus creating new revenue streams for nutrient-efficient farmers.

Through modelling, a farm’s contribution to the diffuse pollution could be established and it would then have to purchase sufficient nutrient credits to cover this, with the total number of credits declining annually to ensure progress.