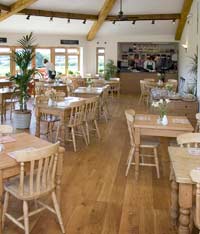 Rural businesses are growing more confident about the state of the general economy, according to latest research from the Country Land & Business Association.

More than 100 firms took part in the survey, which covered mainly micro-businesses and small and medium-size enterprises, with between 1-70 staff.

The survey revealed more than 15% of businesses were “quietly confident” in the prospects for the rural economy and more than 10% saw their businesses performing “in line with expectations” over the next six months.

However, those questioned identified pressure on cash flows and lack of available credit as the main obstacles to economic regeneration in rural areas.

And nearly a third said the increase in fuel costs over the last three months would have a significant impact on their businesses.

Confidence in Government efforts to stimulate the economy was extremely low, said the CLA report.

CLA director-general Adrian Gane said the results had come as something of a surprise. “It shows there are parts of the rural economy doing better than the wider economy but it’s a mixed picture with farm businesses facing falling commodity values.

“It’s early days and the outlook is still uncertain, but members are telling us things look less depressed than just a few months ago.” Rural tourism ventures were expected to benefit from British families staying at home this summer, he added.