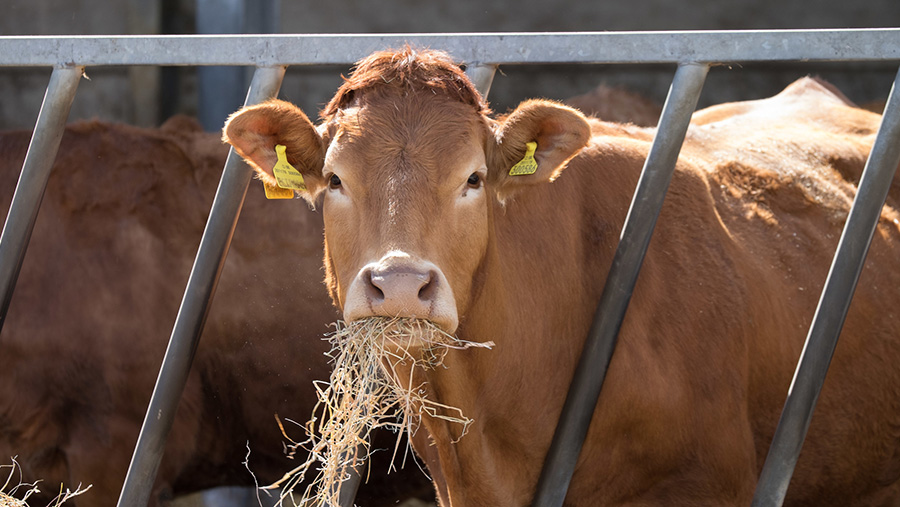 The prime cattle trade has leapt ahead of last year for the first time in 2016, after the steady improvement since the spring continued over the summer.

The British all-prime deadweight average rose 4p/kg in the week ending 27 August, as prices hit 349p/kg, just ahead of the same period in 2015.

Values shot up 14p/kg in August alone, with processors reportedly competing for the best cattle to meet retailers’ needs.

At the marts, liveweight prices moved ahead of last year’s levels in the middle of the month but have since been more stable.

The prime cattle trade has improved, especially for the quality end of the market Scott Donaldson, Harrison & Hetherington

And the liveweight trade, where his firm sells prime stock at Carlisle and St Boswells, was more positive, with fierce competition for cattle in Scotland especially.

“The prime cattle trade has improved, especially for the quality end of the market,” Mr Donaldson said.

“Numbers are definitely quite tight at this time of year.

“Most of the processors have got their killing weight down, so we are killing cattle lighter and lighter.

“It appears there is less beef in the system, which is helping the trade.”

Supplies have been close to or below 2015 over the past four weeks, which will have supported prices.

Total British market throughputs were down 7.8% on the year at 14,300 head, while deadweight steer and heifer numbers were a little more plentiful.

“Retail demand is reported to be faring well, particularly for specific products being sold under specialised retail schemes,” she said.

“This is compounded by the fact the recent bout of fine weather could well have meant that some producers have been focusing on harvest activities, rather than the selection of livestock.”

He said there was a good demand, especially for the butcher types, which were selling at a premium, but numbers were fairly limited.

“In general there is a bit more confidence in the whole industry at the moment,” Mr Ridout said.