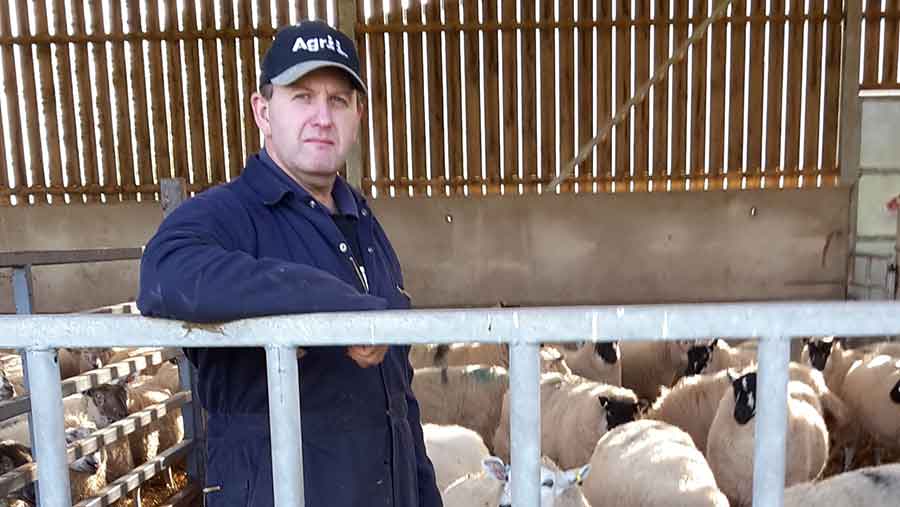 Tenant farmer Nick Lloyd, whose family has been served notice to quit their FBT

Tenants are being served notice to quit by Herefordshire County Council after being under the impression their tenancies were safe.

Five tenants on farm business tenancies (FBT) were served notice yesterday following a county council cabinet meeting in December, at which the cabinet decided to start selling the local authority’s farming estate. Another 12 are due to be served notice this year.

Tenants were assured at the meeting by the Conservative leader of the council, Mr AW Johnson, that they would not lose their homes or livelihoods, as these would be protected and transferred to a new owner.

Farmers and a Tenant Farmers Association (TFA) representative in attendance understood this to be directed at all tenants and the plan was to find a new landlord.

See also: TFA tenancy campaign: the outlook one year on

George Dunn, chief executive of the TFA, accused councillor Johnson of “misleading people with his words”.

Nick Lloyd, a tenant farmer with a FBT on a 179-acre mixed holding, was served notice on Woodcroft Farm, where he had been farming for 19 years.

“How can they say nobody will lose their homes and then issue notices to quit? In effect we are homeless this time next year when our tenancy ends,” said Mr Lloyd.

“It’s not just the farm – it’s our business and our home. We have kids doing GCSEs and working locally. My wife was in tears [when we found out].

“The council has been saying one thing and then doing something completely different.”

There had been a lack of communication and clarity from the council, said Mr Lloyd, and the council had failed to produce a plan for disposal before issuing notices to quit, while the consultation had not involved all tenants.

“We have been kept in the dark the whole way through – it’s been conducted behind closed doors,” said Mr Lloyd.

But speaking to Farmers Weekly today, Mr Johnson claimed he had said tenants would “not necessarily” lose their livelihoods or homes and he had only been referring to Agricultural Holdings Act tenancies (AHA) when talking about those who would be protected.

Tenants on FBTs would have to vacate their farms unless the new owner offered them tenancies, he added, but the council would be “more than happy” to sit down with tenants to see what support it could give.

However, he said the farming estate was a valuable asset which should be used for the benefit of all local taxpayers.

“The farming estate is a publicly owned asset worth tens of millions of pounds at a time when we are having to make £85m-worth of savings over 10 years.”

He added that the suggestions from other councillors that the decision lacked democracy was “absolute nonsense”.

The TFA is due to meet with councillor Harry Bramer, the council’s lead on contracts and assets, on Monday, after having made attempts to arrange a meeting since May last year.