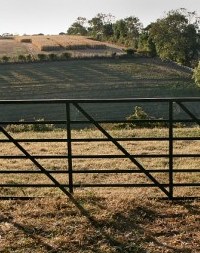 The NFU has written to Somerset County Council expressing “huge concerns” over the future of its estate, after tenants on three core farms were served notice to quit.

Three tenants received the notices in March but were given no reason for the terminations and no information on prospects for negotiating new tenancies, according to Somerset NFU chairman Mark Pope who wrote the letter to the council.

“This looks like a worrying change – the council may have a huge budget deficit but to sell off the farms would be disastrous – it’s like selling off the family silver.

“These are commercial, viable units which provide an invaluable route into farming at a time when the government’s food strategy highlights the need for increased production to feed a fast-growing population.

“They also provide other benefits such as landscape and habitat management, educational resources and are a net contributor to council coffers. To lose such an asset would be to the great detriment of all in Somerset.”

“These families are in complete limbo over the future of their businesses and homes,” he said.

Councillor David Huxtable defended the council’s action and the lack of information, which he attributed to the election campaign.

“I can’t say anything until our next council meeting, after the election. But we have been selling farms in our non-core estate for the past 20 years.

“This is the first time since the new [Council] regime that we’ve had the opportunity to review the whole farm policy. We’ve got between £40m and £50m worth of assets, and our net income is less than £50,000 a year. That needs addressing.”

Mr Pope said the NFU would be lobbying all prospective councillors ahead of the General Election.