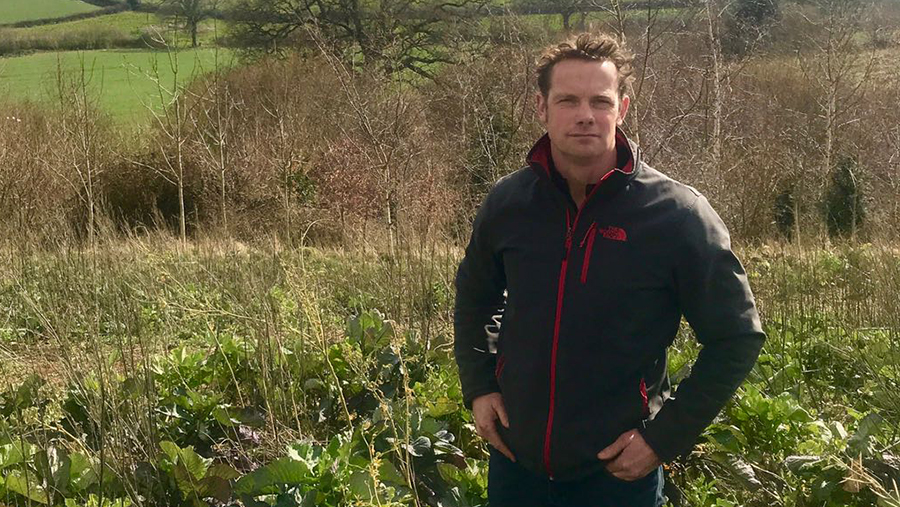 A Herefordshire arable farmer has accused Natural England of contradicting its own guidelines on its flagship agri-environment scheme, Countryside Stewardship (CS).

Working closely with Kate Adams from the Wye & Usk Foundation, 12ha of land has been devoted to CS options including buffer strips, woodland/hedgerow creation and the establishment of pollinator and wild bird cover mixes. These options aim to enhance and protect the environment.

Mr Goodwin said there had been clear benefits to farm biodiversity since the options were introduced, therefore he applied to Natural England to enter a further 5.2ha into the scheme, with options including winter bird food, autumn-sown bumblebird mix and watercourse buffer strips.

In the 2017 Countryside Stewardship guidance manual, p74 states: “Natural England will also consider requests by the agreement holder to amend the agreement to enhance delivery of the environmental benefits.”

But Mr Goodwin said Natural England told him that no additional land options could be included once an agreement had been set live. He appealed but was told it was not possible because his scheme had already been running for “some time”.

He has written to Defra secretary Michael Gove to ask him to personally intervene. He told the minister he was “very disappointed” with Natural England’s response, especially considering Mr Gove’s ambition for farmers to deliver a “green Brexit”.

A Natural England spokesperson said: “Our 2018 guidance makes clear that once an agreement is received and accepted, customers do not have the opportunity to add in additional options or new land parcels to their existing agreement.

“Famers and land managers sign up to 5-10-year agreements because most options need to be in place for a number of years to develop the habitats for species to live in. Adding in options later is less likely to deliver results.

“Choosing the right options for your Countryside Stewardship agreement during the application process is important. We recommend farmers and land managers request their application packs in good time so they can do the necessary planning and carefully select which options they want.”

Mr Goodwin said: “As a farmer and landowner, we were looking to adopt the current government policy by engaging with these environmental schemes.

“But sadly, bureaucracy has overridden the environmental benefits and we are being refused the opportunity to add in extra options to our Mid Tier scheme.

“It’s a clear breach of the 2017 guidance notes under which our agreement was accepted.”

Ms Adams said: “In this instance, John has got a really great scheme and he wants to widen it. But he’s being told he must wait five years, which is at odds with Michael Gove’s vision for farmers to deliver a green Brexit.”