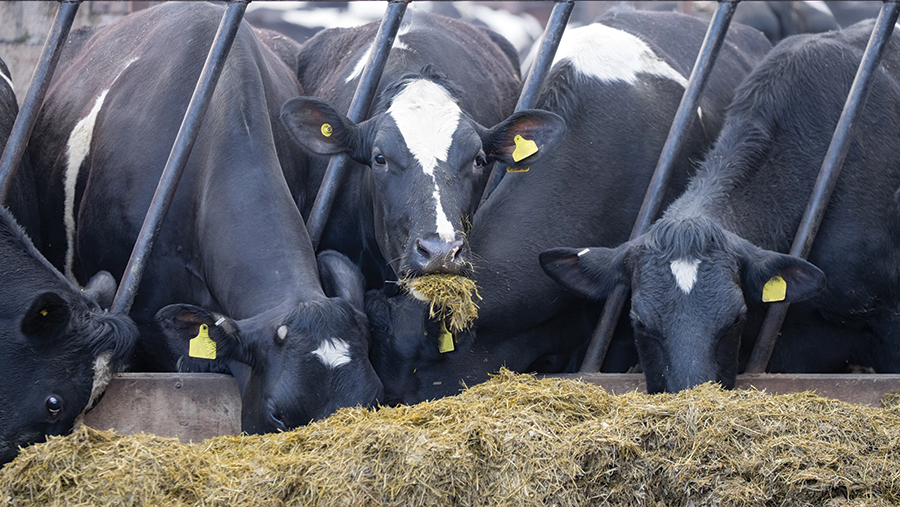 Most milk producers will see improved returns from the current milk year, but need to prepare for a significant drop in the year from April 2020, warns consultant Andersons.

Costings for its 200-cow Friesian Farm model forecast a margin from milk production of just 0.1p/litre in the 2020-21 milk year, and an overall business margin of 1.9p/litre after basic payment (BPS).

This compares with an estimate of 1.6p/litre from milk production this year, producing a business margin of 3.4p/litre after basic payment.

While milk prices are sliding, feed costs going into the winter are also falling, and forage stocks are relatively good.

Despite UK producer, cow and heifer numbers all falling, output remains higher than last year. This is in contrast to slower production from the main global milk exporters, whose prospects have been buoyed by firm demand from China.

See also: How does tax averaging work for farmers

Producers need to continue to concentrate on the things they can control – the efficiency and productivity of their business, said Andersons’ Mike Houghton.

“On average, most of our dairy farmers are pretty efficient,” he said. “However, the goal should be to grow profit rather than just turnover, with a target of converting more than 15% of turnover to profit.”

There are still big opportunities to maximise yield from forage and here the target is to achieve more than 3,000 litres from forage, said Mr Houghton.

While UK milk prices have remained relatively consistent, more autumn price cuts are likely to follow those already announced, he said, as fat prices have been slipping.

The gap between the prices of milk destined for the liquid and cheese markets is growing. This is likely to continue, with liquid processors under extreme pressure from retailers, said Mr Houghton.

“Our milk is worth more than £1.10 for four pints,” he said, adding that while expecting further mergers among the mid-size and smaller end liquid processors, cheesemakers are in a better position, with all having unique selling points.

At the Dairy Group consultancy, Nick Holt-Martyn said global supply (-0.1% on last year through the summer and expected to rise to +0.5% for autumn) points to an improving market position. However, a faltering global economy is a significant counterweight.

At about 33.7p/litre on The Dairy Group’s costings, the latest Defra farmgate milk price of 28.8p/litre for August leaves a big gap for the market to fill.

Costings from accountant Old Mill and The Farm Consultancy Group show dairy producers are at about the break-even point for the current milk year, with budgets showing that a 2.1m-litre average dairy farm will have £76,000 to cover rent, debt finance and repayment and tax on a 30p/litre milk price.

These costings include a £30,000 labour charge for each full-time partner or director in the business – BPS is not included in the £76,000 surplus, but depreciation is accounted for.

A no-deal Brexit will lead to massive short-term upheaval in dairy markets, warns Andersons. Aside from any market implications, policy direction will change, so farmers will have to pull on support rather than having it pushed to them.

At the same time, there will be greater regulation and costs to deal with on ammonia emissions and carbon footprint.

Muller is taking a month to review its Scottish milk supply because of a growing milk surplus.

The company warned its 230 dairy suppliers there that a 25% rise in production over the past five years is not supported by growth in demand for milk in Scotland.

This means it is redirecting 180m litres of milk/year to England, which it says is unsustainable financially and has significant environmental consequences.

“As a result, Muller is transporting 180m litres/year – equivalent to 33 litres additional milk for every person in Scotland – to our dairies in England, where we can find a market for it.”

The notice period for producers on Muller’s standard contract is 12 months, but the company is stressing that its review will examine a range of potential measures and that terminating contracts may not be the whole answer to the challenge.