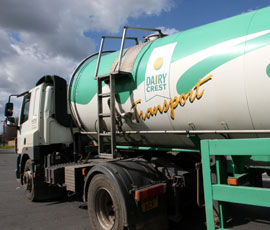 The sale follows Dairy Crest’s announcement on 9 March this year of a strategic review of St Hubert, which attracted interest from several potential purchasers.

St Hubert is the second largest operator in the French spreads market and was bought in January 2007 for €370m – about £248m. Since then, Dairy Crest has increased revenue and earnings before interest and tax at the French operation by 35% and 45% respectively.

While St Hubert had been a successful part of the group, Dairy Crest said that it had been unable to buy further complementary businesses in continental Europe.

Meanwhile rationalisation continues in the group’s dairies division, with the closure of its Aintree site near Liverpool and Fenstanton in Cambridgeshire while upgrading key dairies in London, Derbyshire and Severnside. It is also extending its Frijj brand of chilled milkshakes.