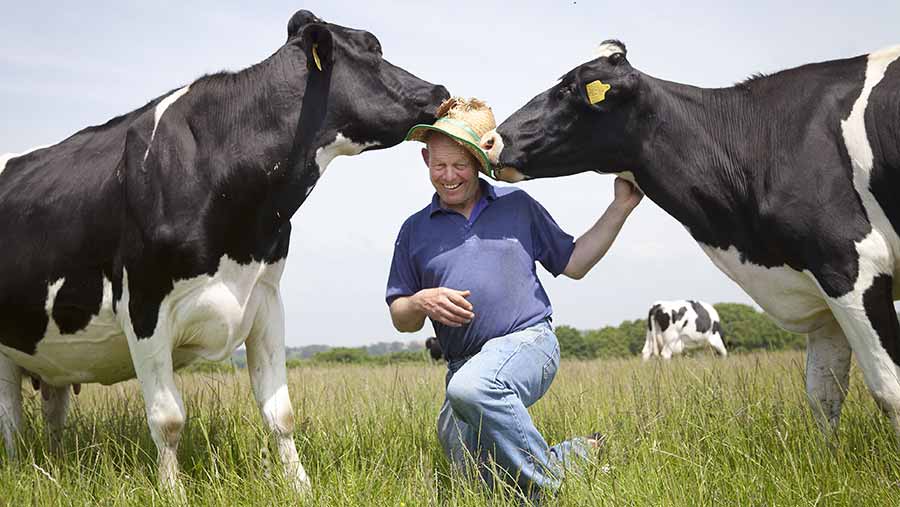 An East Sussex organic dairy farmer has turned to online crowdfunding in attempt to raise £300,000 to help keep his business going.

Steve Hook from Longleys Farm, Hailsham, previously featured in the 2013 film The Moo Man, which highlighted the plight of milk producers struggling to stay profitable.

Publicity around its organic raw milk sales helped the farm turn a corner. But now it is appealing to investors for cash, after losing 16ha of rented grazing to developers.

If the campaign is successful, it will become the first privately-run dairy farm in the country to use crowdfunded equity to support its future. The funds would be used to buy 40ha of neighbouring grassland to establish a second herd and improve efficiency.

Backers will be invited to invest from £50 to £10,000 in return for a combination of non-dividend-linked shares and “physical rewards”, including milk.

The offer – a hybrid of conventional “pledge and reward” and straight share issue – will go live on 23 April via the Seedrs crowdfunding platform.

“One-third of our raw milk is sold through doorstep deliveries, one-third through farmers’ markets and on- third over the internet.

“Effectively, one of those sales channels would go if we didn’t do anything,” he told Farmers Weekly. “Some customers are worried sick about it.”

Mr Hook said customers investing in the business would secure their future raw milk supply, even though there was no guaranteed financial return.