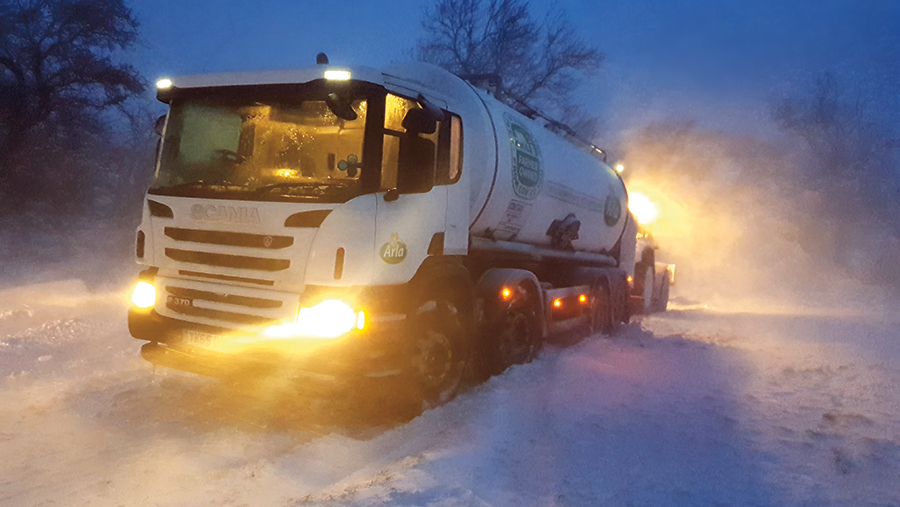 Scores of dairy farmers have reacted angrily to the performance of some processors during the ‘Beast from the East’ weather event, which saw 19m litres of milk left uncollected.

The backlash centred around Arla and Muller and followed the publication of processor statements regarding milk collections and contingency plans during the bad weather in last week’s Farmers Weekly (9 March).

Dairy farmers accused the processors of overestimating how much milk they collected and not communicating with them during the week ending 4 March.

Many were left cut off after sub-zero temperatures and heavy snow drifts blasted farms.

One Scottish producer questioned Muller’s claim that it collected “over 96% of forecasted volumes”.

“We were told by a supermarket representative that Muller had lost at least a full day’s milk – and with empty supermarket shelves for days, the 96% figure just doesn’t add up,” he said.

However, Muller stood by the figure, stating that it did its best, with employees working long hours and showing enormous commitment, but in practical terms routes across central Scotland were impassable and it was therefore impossible to guarantee tankers could reach all farms.

“We did achieve 96% collection, higher than the national average, which was 91.5%,” added a spokesperson.

Another producer accused Muller of prioritising collections from farmers aligned to supermarkets, who require segregated milk to avoid fines imposed by retailers when contracted deliveries are not upheld.

“Supermarkets impose huge fines on processors, so it makes sense that they would prioritise these contracts over non-aligned producers when collections are affected by weather.”

A Muller spokesperson rejected these claims, but did not explain how milk collections were prioritised.

Mr Paterson said that a neighbouring farm on the same contract as him did not have to dump any milk, and described Muller’s communications as “hopeless”.

Muller maintained that Mr Paterson’s farm was inaccessible during the period and did not accept that he had no communications, adding its farm services team would be in touch with him to discuss his grievances.

Another Scottish Muller dairy supplier claimed that the Muller Bellshill processing plant outside of Glasgow had experienced frozen pipes and staff shortages, meaning it was running below full capacity on 1-2 March.

“We’ve heard truck drivers were told not to head back out to collect milk as there weren’t enough drivers to also deliver processed milk to stores,” he said.

“We were told our milk wasn’t lifted because staff at the bottling facility didn’t turn up for work.”

The Muller spokesperson said that the processor did all it could to collect milk from farms but many areas proved to be impassable.

Dairy processor Arla has also came under fire, despite being the only UK milk buyer to change its contractual terms, committing to paying producers for all dumped volumes.

One Northamptonshire Arla producer, Bill Lee, said he had received no communication from his processor during the bad weather.

“Pouring away milk makes us feel angry and frustrated – this is something we work for and for milk not to be collected is a kick in the teeth,” Mr Lee added.

“Arla’s conduct has been shocking – when there was no snow they stated they couldn’t collect, however when the snow was at its worst they could?”

Despite Arla’s commitment to pay for dumped litres, Mr Lee said Arla had not told him about how or when this would happen.

However, Arla stated that where it was experiencing difficulty in reaching farms, it communicated by texts, calls and its secure web portal to keep its farmers updated.

“Ultimately milk was collected if Arla could physically get to the farms and we went to extreme lengths to do this. However, the safety of our colleagues is of the utmost importance to us,” explained the processor.

Five days without a milk collection

Muller dairy farmer Andrew Paterson was forced to ditch 22,300 litres of milk after tankers did not collect milk from his farm for five days.

However, access to Mr Paterson’s Woodend Farm in Balfron Scotland is directly on the main road, which he says was cleared after just two days of adverse weather.

“We had no milk lifted between Wednesday [28 February] and Monday [5 March],” said Mr Paterson.

“I can understand them not coming for the first two days as the weather was bad, but our milk is collected straight off of the main road, which was cleared by Saturday [3 March].

“We heard nothing from Muller all week and had no idea where our lorry was, but we did see tankers from other processors on the road from Friday [2 March].”

Mr Paterson said that his grievances lay with the lack of communication from his processor across the period.

“The communications were hopeless. We got no emails or texts about whether our milk would be lifted, and nobody returned my calls when I rang [Muller].”

A neighbouring producer on the same contract as Mr Paterson missed just one collection, but avoided dumping milk as the tanker arrived the next day and collected two days of milk.

“We are by no means the furthest away or most difficult to location to get to – it seems like they just didn’t try,” he said.

Mr Paterson does have insurance for the lost litres and has been told by Muller to claim for his wasted milk, but he said that such a big claim would hit his premium and he would still be out of pocket. 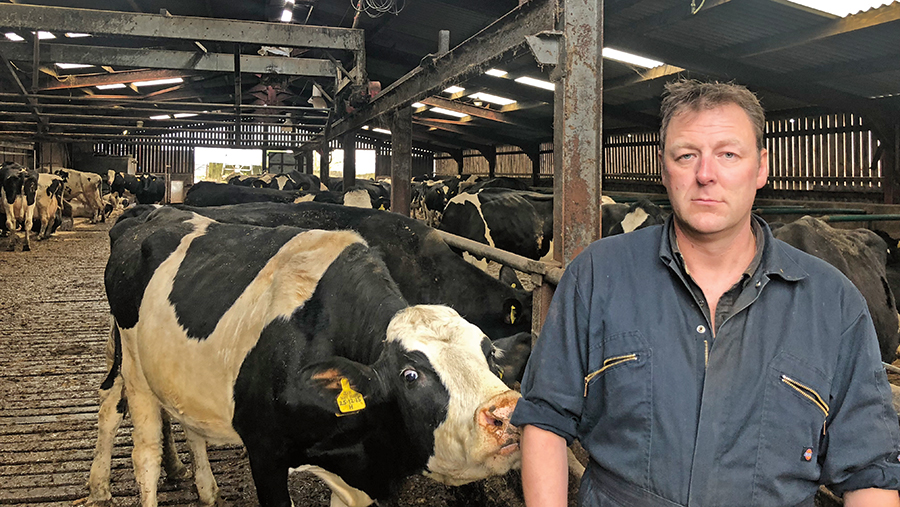