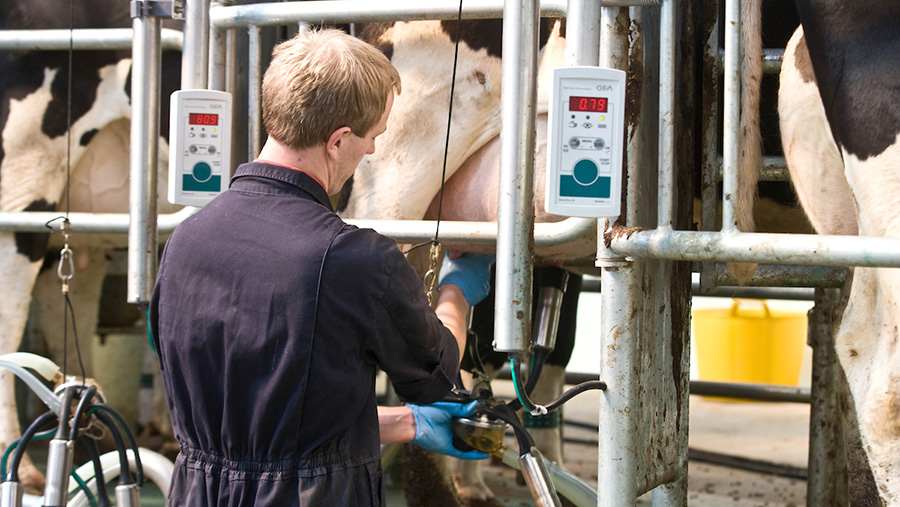 Dairy farmers’ average margins over purchased feed have continued to fall despite lower feed prices, according to the latest report from Promar.

However, total concentrate use increased by 0.01kg to 0.28kg/litre, reflecting the dry summer and lack of grass.

Yields from all forage fell by 10.4 litres/day to 9.7 litres with yields from grazed forage down from 7.7 litres to 6.7 litres.

The increase has been seen despite a 0.1 litre/day drop in average yields.

The lower milk prices have therefore been solely to blame for the weaker margins, with the average milk price falling from 23.97p/litre in July last year to 21.46p/litre.

As a result Promar clients’ average margin over purchased feed fell from 18.04p/ litre to 15.84p/litre, year on year.

The ratio is a good indicator of price relationships in dairy farming and recent research suggests that a ratio greater than 1:1.2 is correlated with a farm’s ability to service its commitments.

The better the ratio, the stronger the position of the business, Promar explained.

Since April 2015 the ratio has been consistently below the threshold.

But it is starting to rise again and Promar has predicted it will continue to rise this winter and tip over the threshold.