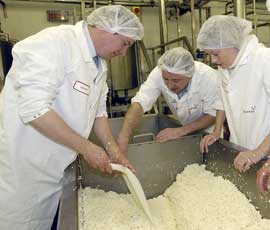 Milk values also weakened at United Dairy Farmers’ first auction of 2012 supplies, down by 0.5p/litre on the month, to 28.51p/litre. However, that was still 1.5p/litre above the same time last year, making it a good start to the year, given the weaker euro and increasing production, said chief executive David Dobbin.

“Global milk supplies are surging, particularly in New Zealand, where supplies were 11% ahead of last year in October. Dairy markets are finely poised; the big question is whether Southern Hemisphere countries will sell out their 2011-12 output before the EU and US production ramps up in the spring.”