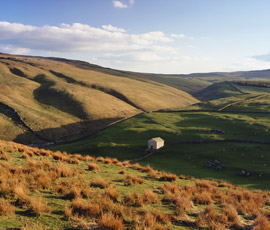 Debt is forcing the sale of a growing number of farms and land. Figures for the first half of this year show that it is twice as likely to be the reason for sale as it was in the first six months of 2012.

The launch this week of Lower Farm, Aston, Oxfordshire, is a sale on behalf of the receiver. Savills is looking for £3.5m for the 299-acre arable holding.

Lower Farm has a barn conversion house and modern grain storage. The loamy Grade 2 and 3 land is split between about 200 acres of arable land and 95 acres of pasture.

The proportion of debt-related sales increased from 14% in 2012 to nearly 30% during the first half of 2013, research by Savills shows.

“The largest proportion of these sellers were non-farming landowners who do not have the same sentimental attachment to land and treat it more as an asset.”
Ian Bailey, Savills head of rural research

“The largest proportion of these sellers were non-farming landowners who do not have the same sentimental attachment to land and treat it more as an asset,” said head of rural research Ian Bailey.

Those investors who had sold recently were generally short- to medium-term holders of farmland. They may be capitalising on high farmland values to help support their mainstream business assets at a time when borrowing was difficult for many types of business, said Mr Bailey.

He was surprised at such a large jump in the proportion of debt-related sales.

Mr Bailey expects that farmers may account for a bigger share of debt-related sales in the first half of 2014 as the weather and markets of the past two years make their mark.

The figures come from a series that has been run since 1992 and covers sales across Britain by Savills, accounting for about 20% of the market.

Farmers continue to represent half of all buyers, which is a similar proportion to that in 2012, with the main motive being expansion of their existing farming business. Three-quarters of land purchases are made with cash.

Find farms, land and property for sale on our Property page